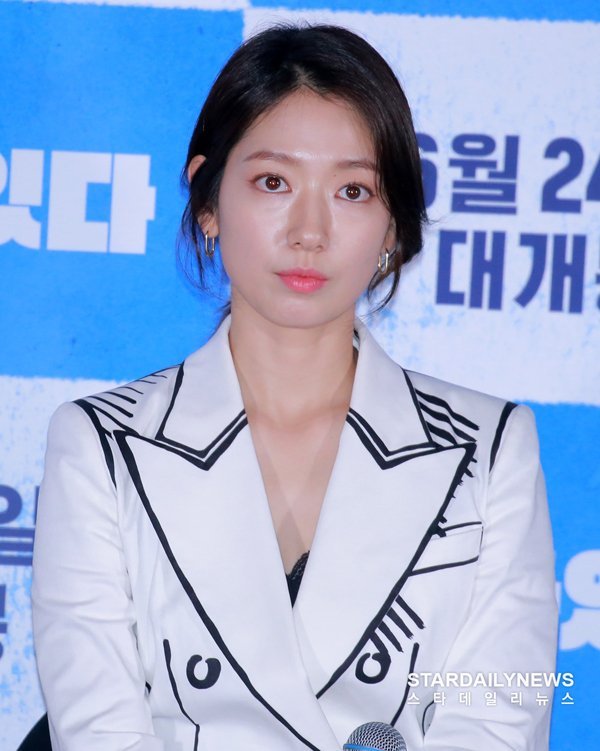 Park Shin-hye is drawing attention as the next runner to continue the strong relics in the film industry.

With domestic films featuring female actors at the forefront leading the box office, "The Call" starring Park Shin-hye, will be unveiled around the world on Netflix on November 27th. "The Call" originally scheduled to be released in theaters in March, will be shown to the public through final Netflix amid a delay in the release date due to COVID-19.

Recently, "Samjin Company English Class" which was released on October 21st, has become a hit. Following the "Samjin Company English Class" with Go Ah-sung, Esom and Park Hye-soo, Lee Jung-eun and Roh Jeong-eui's "The Day I Died: Unclosed Case" is also drawing keen attention. Released on November 12th, "The Day I Died: Unclosed Case" is loved by fanatics and recognized for its workability enough to make the numerous viewings mandatory.

Amid the outstanding performances of actresses in the film industry, Park Shin-hye showed her presence as a box office star with "#ALIVE" which was released in June. It was released on June 24th and became a hot topic with 1.9 million viewers, receiving much love from movie fans. Park Shin-hye who showed her potential as a box office queen with "#ALIVE", is expected to heat up the film industry's craze through "The Call".

"The Call" is a mystery thriller about a crazy obsession that begins when two women in different time zones changing each other's fate. It will be a feast of characters that have never been seen before, including the birth of the most powerful female villain in Korean film history.

Park Shin-hye presents a dramatic transformation by breaking it down into Seo-yeon, who faces the killer in return for reversing the past. Lee Chung-hyun, director of "The Call" is so confident that "The Call" will prove that Park Shin-hye can also pull off a genre movie. Park Shin-hye is known to have perfectly expressed not only external changes such as hair, costume, and style but also detailed emotional changes.

Park Shin-hye, who is credited for her reputation and credibility as an actress and is loved by many for not only dramas but also entertainment shows, is doing a solid job in the film industry in 2020. After showing her ticket power with "#ALIVE", she plans to display catchy acting ability that absorbs viewers with "The Call" and embellish various charms that shine in the movie industry.

"Park Shin-hye to Carry on the Relic of the Film Industry"
by HanCinema is licensed under a Creative Commons Attribution-Share Alike 3.0 Unported License.
Based on a work from this source