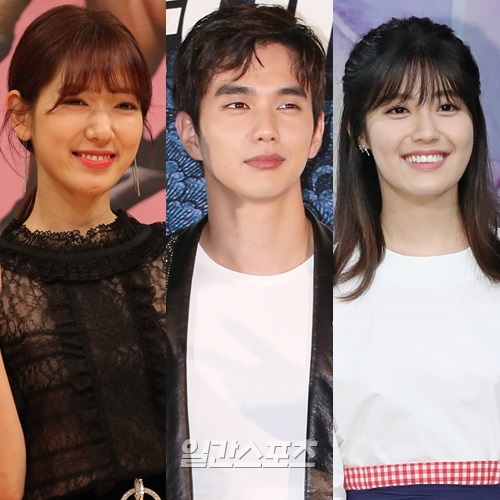 Park Shin-hye, Yoo Seung-ho and Nam Ji-hyun are some of the leading actors in the 20s range these days.

They started off young and grew up to become 'one top' actors and actresses that have their own dramas. They have always been actors and the statuses they are in shine more than anyone else.

We take a look at their careers.

She first played Choi Ji-woo's childhood role in "Stairway to Heaven" in 2003. She drew attention to herself right away with her big eyes and excellent performance. She grew up and starred in "You're Beautiful" as Ko Mi-nam and proved her abilities. She was acknowledged as an excellent actress abroad as well. Her filmopgrahy consists of "Heartstrings", "Pinocchio", "Doctors" and more. Her 13 years of acting has placed her in one of the greatest positions as an actress and she's spread her abilities worldwide as she hosts Asian fan meetings and such.

The boy who wanted Kentucky's Fried Chicken in "The Way Home" grew up fast. The whole nation watched him grow up. He starred in "Immortal Admiral Yi Sun-shin", "Sad Love Story", "King and I", "The Legend" and more with Kim Myung-min, Kwon Sang-woo and Bae Yong-joon. He broke out of the 'kid' image through "Blind", "Missing You" and others. He's done with military and now, at the early stages of his 20s, he's starred in more dramas than any adult actors. His stardom and acting abilities has put him down a ' jackpot ' road and the fact that he doesn't rest is something else that puts him aside from the others his age.

It's been 13 years since she first starred in the drama "Say You Love Me". She's played the childhood roles for Jang Jin-yeong, Lee Yoon-ji, Han Ji-hye, Lee Yo-won, Han Ye-seul, Ku Hye-sun and more. She started her grown-up role in "This Is Family" and continued to star in the movies, "Tunnel" and "The Map Against the World". She is playing her first leading role in the MBC drama "Shopping King Louis" which currently ranks second in place. She alerts the birth of another romantic comedy queen with her excellent performance and ability to pull off any character.