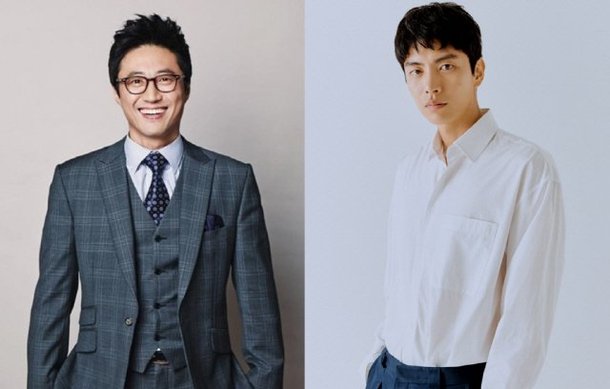 "Four Days" is an occult film about the struggles with a demon that awakens from the heart of one's dead daughter at her funeral.

Park Shin-yang makes his attempt at an occult movie. The actor who has always put on a distinct performance regardless of genre takes on the role of Cha Seung-do, a father who suddenly loses his daughter. Based on his solid experience in acting and ability to immerse, he is expected to captivate the audience with a wide spectrum of acting between reason and emotion.

Lee Min-ki, a busy actor going from dramas to films, takes on the role of Father Ban, a religious practitioner who trained for exorcism in the Vatican. This will be the actor's first attempt at the role of a priest.

"Park Shin-yang and Lee Min-ki to Star in "Four Days""
by HanCinema is licensed under a Creative Commons Attribution-Share Alike 3.0 Unported License.
Based on a work from this source