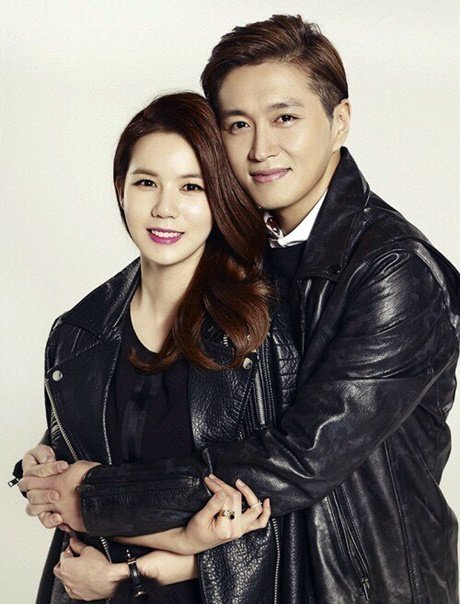 Meanwhile, the married couple explained their cause for adopting a college-age child on an SBS TV show on the 27th.

Park Si-eun said, "She's a mature and independent child. She's from a tough background, but she's soft at heart. She tries hard and handles things on her own. However, we know that she has a good heart and I wanted to show her that there are two people who love and support her".

"The best we can do is stand by her as her parents. I debuted at the age of nineteen and pretended like I knew everything, but eventually I went back to my mother's arms when everything failed. I wanted to give her that comfort".

"Park Si-eun and Jin Tae-hyun Generate Curiosity With Daughter's Adoption"
by HanCinema is licensed under a Creative Commons Attribution-Share Alike 3.0 Unported License.
Based on a work from this source