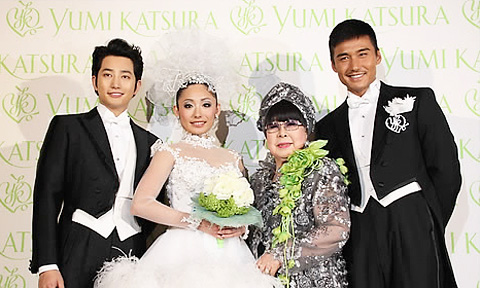 Actor Park Si-hoo, who was the male protagonist of the KBS drama "The Princess' Man", appeared as the special guest model in the largest wedding collection in Japan entitled "2012 Yumi Katusra Grand Collection in Tokyo" that was held in the JCB hall in Tokyo on February 21.

Yumi Katusra is a world renowned designer and she has held the Yumi Katusra collection every year to express beautiful weddings of Asian countries with an appropriate way to express modern sentiment. This year marks 17 years since its opening, and it has been held 72 times up to now. This year's Yumi Katusra Collection, which is the representative fashion show in Japan, was held with the theme of "The Wind of ASIA". Hallyu star Park Si-hoo, Japanese figure skater Miki Ando, and Chinese actress and singer Hubin appeared as the special guest models to represent Korea, Japan, and China, respectively. Besides new collections of Katusra, the wedding costumes of the three countries were presented after redesigning the traditional designs with a modern style. The Korean designer Kim Ji Hae, who advanced to Paris Haute Couture, received a favorable response with her recreated design of Hanbok. 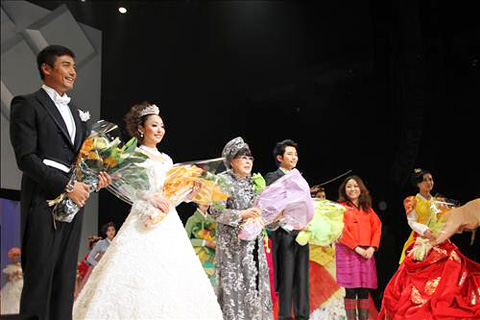 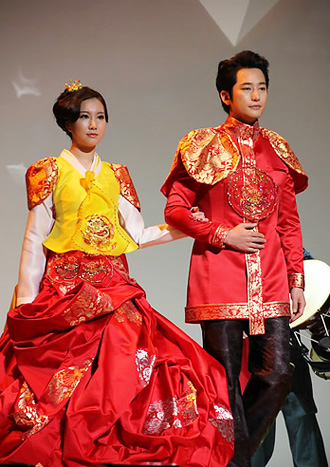 Park Si-hoo appeared in a red jacket and white tuxedo in the midst of enthusiastic competition among 100 news media outlets to cover the story and he gave a red rose to one of the audience members. Park successfully displayed the glamorous beauty of the traditional Korean costume with a wedding hanbok and his stylish and muscular charm with a black tailcoat, and his appearance drew an exclamation from the audience.