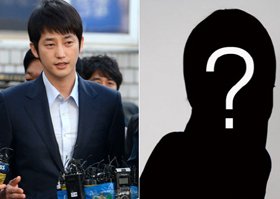 Actor Park Si-hoo, who is accused of raping a young woman last month, has disclosed more text messages which he claims bear out his contention that he was framed.

Park was responding to a move by the woman's lawyer, who revealed messages she had exchanged with a friend of Park's who introduced the two. The messages suggested that the woman was surprised to find herself in bed with Park when she regained consciousness after what she claims was a night of heavy drinking.

"The messages were not the full text", Park's lawyer said. "If you look at the full Kakao Talk messages, it is evident that there was no force involved in the sex, while [the mutual friend] did not realize that Park and the woman had sex", the lawyer claimed.

In the additional messages, the friend tells the woman at 8:33 p.m. to call him. The woman responds at 11:57 p.m., "I still feel queasy. Do you think I got pregnant because of that?"

At 8:37 p.m. that day she reported to police that she had been raped. Yet she continued to communicate with Park's friend, according to Park's lawyer. Earlier, the woman claimed that Park and his friend tried to contact her several times after she told police she had been raped but that she did not respond.

As the plot thickens in the case with both sides revealing additional text messages, the woman's lawyer submitted her mobile phone to police on Wednesday seeking all of the messages to be restored. Police have asked Park to turn his mobile phone in as well.