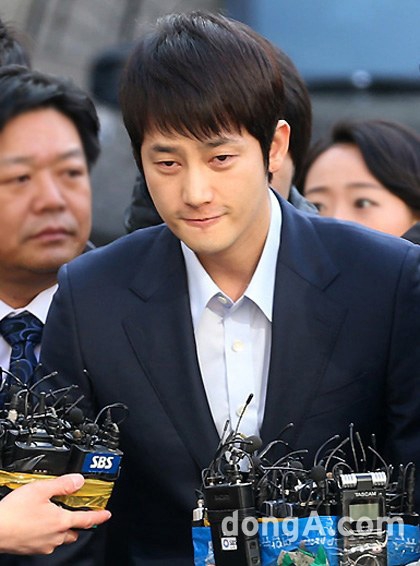 There has been criticism about actor Park Si-hoo not reflecting on his mistakes.

The Korean Entertainment Management Organization announced negative opinions about Park Si-hoo and his return to work. KEMO said, "He's created a social discomfort and although the case has been legally concluded, it hasn't been morally negotiated by society yet. As a public figure, he should've asked for an understanding about his comeback and should've showed signs of reflecting back on his past mistakes".

Park Si-hoo was charged with the sexual harassment of a wannabe star last February. He then headed over to the States for photo collections and Japanese exhibitions and shot the movie "Scent" in Shanghai, China until January, this year. He tried coming back to Korea with the KBS 2TV drama "Golden Cross" but that fell through.

The organization says, "In the future if something like this was to happen again, we suggest sincerely communicating with the public and earning the agreement to be able to be active again".

""Park Si-hoo hasn't taken the time to reflect on his past mistakes""
by HanCinema is licensed under a Creative Commons Attribution-Share Alike 3.0 Unported License.
Based on a work from this source