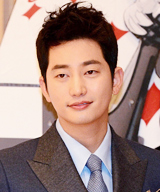 Actor Park Si-hoo, who has been charged with raping an aspiring starlet, has again failed to present himself for questioning by police. He had been summoned for 7 p.m. on Sunday.

"At around 6 p.m., an hour before he was scheduled to appear, Park's lawyer informed us that he wouldn't show after all", a police spokesman said.

Park also got a new lawyer on Sunday, who told police the actor now wants the investigation to be handled by the precinct that has jurisdiction over the trendy Cheongdam-dong area of southern Seoul, where his home and the bar where he drank with the alleged victim drank are located.

The investigation has so far been handled by police in western Seoul, which has jurisdiction over the accuser's home. The precinct declined and summoned Park again for questioning this week.

Meanwhile, another actor identified only by his surname Kim, who introduced Park to his accuser on the night of the alleged rape, has also been charged with raping the woman. Kim was also scheduled to report to police on Sunday night but did not show up.

Police said on Friday they are investigating whether Park spiked the woman's drink at the bar where they first met, since CCTV footage suggests she suddenly fell unconscious after leaving the bar. Police collected samples of her blood and urine and handed them over to the National Forensic Service.

Earlier, the woman told police that she passed put and only realized she had been raped after she regained consciousness. She said she felt she became drunk unusually fast.