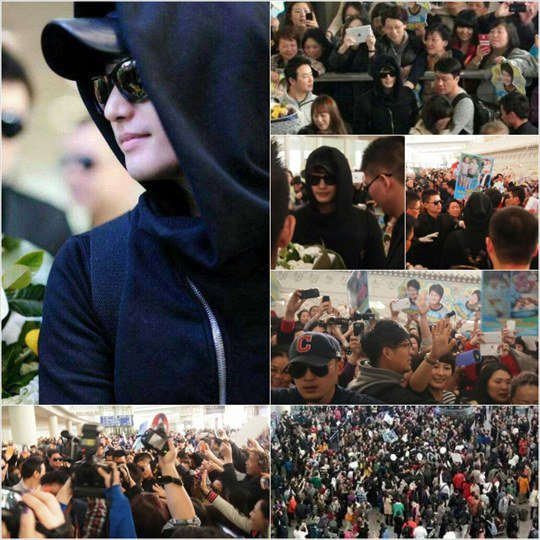 Park Si-hoo went to Beijing to promote his movie and fans flooded the airport.

Park Si-hoo went through Beijing Airport on the 25th to promote the Chinese movie "Scent". About 2,000 or so fans gathered at the airport at the news of his arrival and made it completely impossible for anyone to get through. They were all yelling his name in a welcoming fashion.

Local security were called into ensure the safety of everyone but a scheduled interview had to be cancelled because of the crowd. This proves the 'Park Si-hoo effect' has been going around in the Chinese region these days.

Hoo Factory says, "The Chinese fans' support and interest is a great thing and Park Si-hoo is going to stay true for them".

Meanwhile, "Scent" is directed by Jessie Chang and co-starred with Cheon Ran. Park Si-hoo is attending a press conference at the JW Marriott Hotel on the 26th and will continue with promotional activities from there.

"Park Si-hoo shockwave, Beijing Airport flooded with fans"
by HanCinema is licensed under a Creative Commons Attribution-Share Alike 3.0 Unported License.
Based on a work from this source