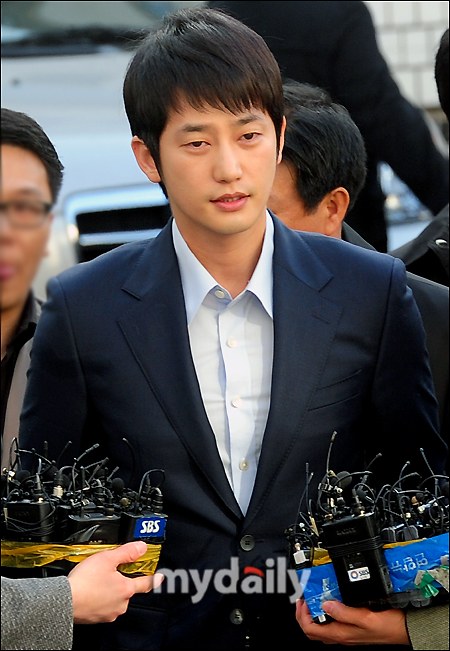 Currently in investigation for accused sexual offence, actor Park Si-hoo and his legal representatives were sued by a civic group.

Chief of this group Jo Seong-hwan claimed, "Park Si-hoo and his legal representatives played with the media with their edited version of Kakao Talk. The identities and phone numbers of the victim and her family have been revealed and this should be considered a serious violation.

Jo continued, "According to the provision of Article 1 of the sexual violence exemption law, this is a violation (of victim's identity and exposure of privacy). They also started a trend of mutual distrust by giving doubt to the police".

Park Si-hoo was sued for sexually harassing wannabe star A with his junior K. This brought public attention due to his popularity and the case led investigations in drug usage, the lie detector and Kakao Talk messages.

The Seoul Police called for Park Si-hoo to the prosecutors on the 2nd last month considering the charges of rape and quasi-rape.

"Park Si-hoo sued for revealing victim's identity"
by HanCinema is licensed under a Creative Commons Attribution-Share Alike 3.0 Unported License.
Based on a work from this source