Park Si-hoo sues 'A' and others 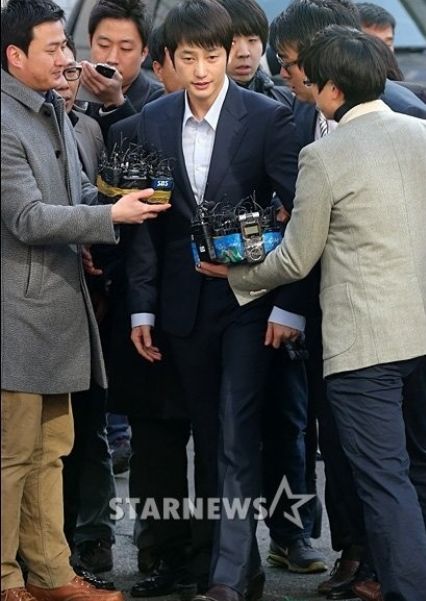 Actor Park Si-hoo who is currently being investigated for the rape of wannabe star 'A', counter charged her and some others.

According to the police on the 4th, Park Si-hoo's legal representatives sued 'A', her friend 'B' and his former agency chairman 'C' for defamation and false accusations.

Park Si-hoo did this in thinking that it was a plot to get a large amount of money from him.

Park presented evidence consisting of text messages from 'A' and 'B' talking about putting up a 'show' to look like the victim and asking for one billion won in compensation.

Park has been charged with the rape of 'A' after drinking with her and taking her back home on the 14th of February.

"Park Si-hoo sues 'A' and others"
by HanCinema is licensed under a Creative Commons Attribution-Share Alike 3.0 Unported License.
Based on a work from this source