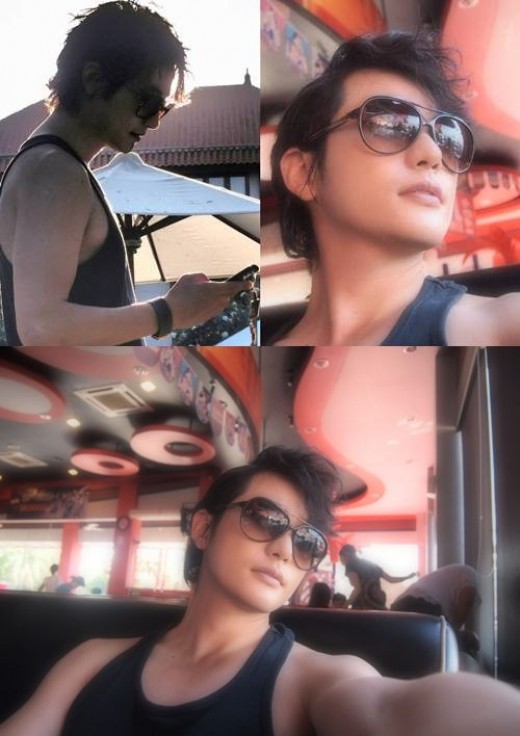 Actor Park Si-hoo revealed self-shot pictures of himself in Bali.

He posted a picture on his Twitter on October 13th, saying, "In Bali I am OK".

In the pictures, he is wearing a sleeveless shirt that shows his chest and arms with sunglasses. His natural perm style and relaxed expression seem nice.

He left for Bali for a photo shoot on October 9th but worried fans when news of a 6.0 scale earthquake broke out. He relieved them with picture proof that he was safe.

Netizen's say, "So awesome", "You're great indeed", "Good to see you are well", "You're body is amazing" and more.

Meanwhile, Park Si-hoo was well appraised for his role of Kim Seung-yoo in the KBS 2TV drama "The Princess' Man".

"Park Si-hoo takes pictures from Bali"
by HanCinema is licensed under a Creative Commons Attribution-Share Alike 3.0 Unported License.
Based on a work from this source