Park Si-hoo to come back soon 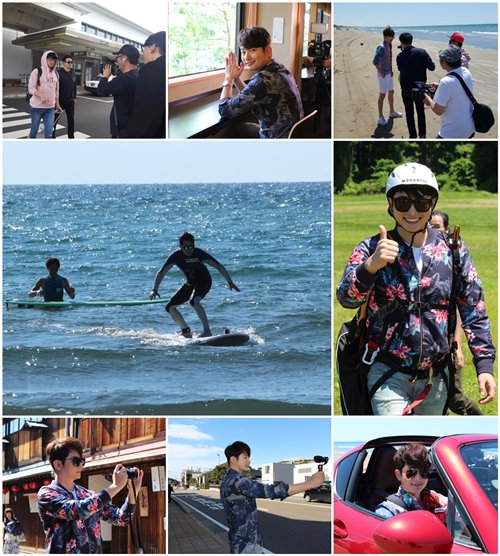 Actor Park Si-hoo is recording with Japanese BS-TBS for a show.

Park Si-hoo was in Kanazawa, Japan for 5 days from the 17th last month for the show, which we do not know the name of yet.

Park Si-hoo was greeted at the Kanazawa Komatsu Airport by fans. They went crazy as soon as they saw Park Si-hoo. Then the actor started exploring Kanazawa right away. He went on a jet ski, drove a car and tasted traditional foods.

This show by BS-TBS is putting Park Si-hoo exclusively on this show. Park Si-hoo's reputation in Japan has been rising ever since his appearance in the TV Osaka show "Nameless Hero".

That's not all, about 9 TV shows, dramas and movies starring Park Si-hoo will be launched in Japan in just June alone. "Nameless Hero" is being broadcast on TVQ Kyushu, BS11 and Japan TV Plus which is also broadcasting "How to Meet a Perfect Neighbor", "Prosecutor Princess" and more. LALA TV is broadcasting "Cheongdam-dong Alice".

Park Si-hoo's movie "Confession of Murder" is going to be on NECO and this is unusual.

Not only that, Park Si-hoo is going to meet fans in person in June with "DRAMATIC". The event starts in Hokuoka on the 9th, Osaka on the 11th and Tokyo on the 15th.

Park Si-hoo will be coming back in Korea soon enough, according to his management.

"Park Si-hoo to come back soon "
by HanCinema is licensed under a Creative Commons Attribution-Share Alike 3.0 Unported License.
Based on a work from this source