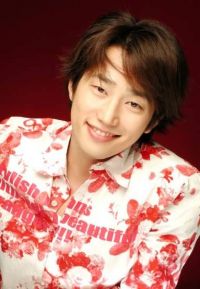 Actor Park Si-hoo who played the successor of a major corporation in "How to Meet a Perfect Neighbor" which finished airing in September will become the 'Najang' Si-hoo in the upcoming periodical action series "Iljimae".

The 'Najang' Si-hoo is a low rank member of the ministry of war in the Joseon era that receives orders from higher officials, transports or punishes criminals who during investigation and torture.

The character Si-hoo is born as the child of a mistress of a prominent family. He learns martial arts on his own to pass the government test but is discriminated against for being the child of a mistress and chooses to become a 'Najang'. To become the top despite his position, Si-hoo starts chasing after Iljimae played be Lee Joon-gi The two characters also form a love line with the female character Eun Chae.

Park Si-hoo who is currently training in horseback riding and martial arts commented, "Si-hoo in the series is a character that seems strong and rather cold, but holds hidden scars in his heart and is a very fascinating character. This is my first role in a periodical series and with action scenes so I am doing my best to prepare".