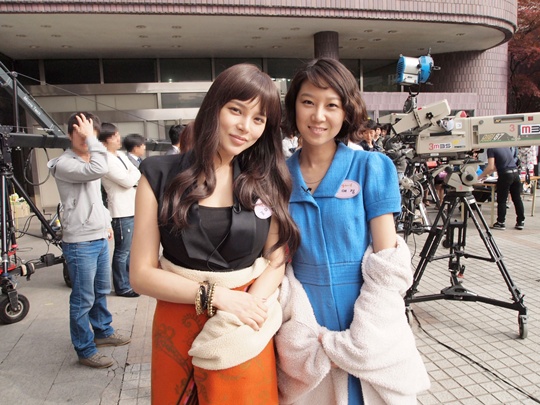 In the drama with casts Cha Seung-won and Gong Hyo-jin, Park Si-yeon will be playing top star Kim Hee-jin in a couple making TV program that Se-ri hosts and have a showdown with Gong Hyo-jin.

This appearance happened because of her connection with writer Hong Jeong-eun and Hong Mi-ran who wrote Park Si-yeon's debut drama "My Girl". She happily accepted the request and finished shooting the scene recently.

She said, "It's a special experience for me. I thank the writers who suggested it and I will watch the drama like a viewer".

"Park Si-yeon "The Greatest Love" Cameo appearance"
by HanCinema is licensed under a Creative Commons Attribution-Share Alike 3.0 Unported License.
Based on a work from this source