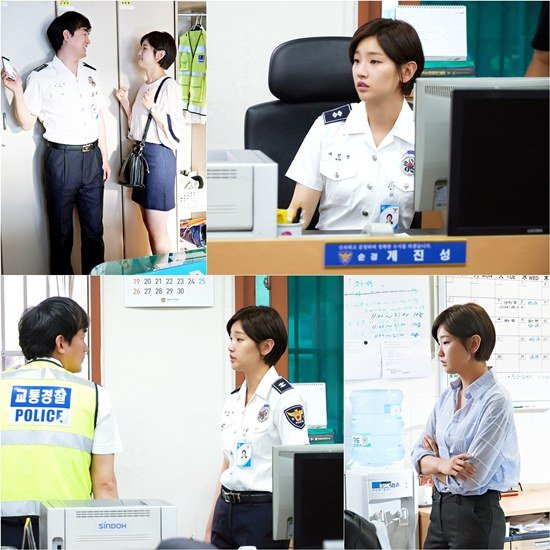 Stills of her on the new KBS 2TV drama "Beautiful Mind" have been released.

Park So-dam is wearing a police officer's uniform in the pictures. Apparently, she was thrilled about wearing the uniform, and as soon as the cameras started rolling, she completely focused on her character.

In the role of Gye Jin-seong, Park So-dam is in the foundation of the drama in which mysterious cases keep happening in a hospital.

"Beautiful Mind" is a mystery medical drama about a doctor named Lee Yeong-oh (Jang Hyuk) and Gye Jin-seong, a police officer who is determined to solve her cases.

"Park So-dam in "Beautiful Mind""
by HanCinema is licensed under a Creative Commons Attribution-Share Alike 3.0 Unported License.
Based on a work from this source