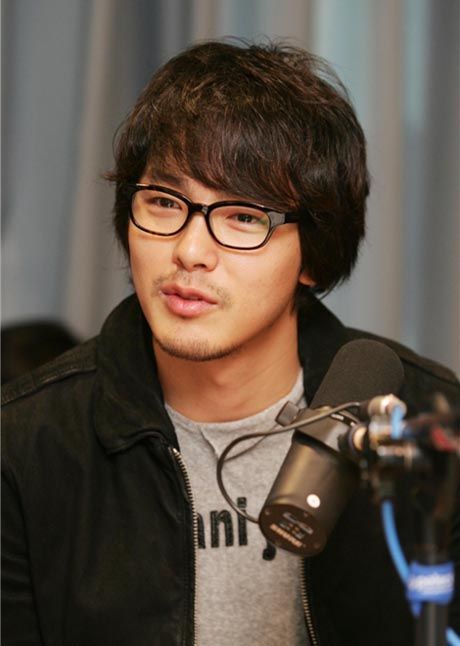 Breaking news: Park Yong-ha was discovered dead at his Nonhyun-dong, Seoul, home on the morning of June 30. I'll update with details if/as they become available.

I (Javabeans) am in utter shock. WHAT?

Park Yong-ha died at the age of 32, having debuted fifteen years ago in youth shows like KBS's 1995 "Love Blossoms in the Classroom" and 1996's "Start". He shot to fame with 2002's "Winter Sonata", which made him a household name and a "Hallyu star". He used that fame as a springboard a singing career in Japan, where he enjoyed quite a lot of popularity. He had a successful drama hit in 2008's "One Air", and totally stole my heart in 2009's "The Slinghsot", which is one of my (Javabeans) favorite dramas EVER.

This is just… awful. Horrible and unexpected. Currently they are not ruling this a suicide, but that's the foremost presumption.

The evening prior to his death (29th), Park missed a meeting with drama producers for his upcoming project "Love Song - Drama". His manager couldn't get in contact with him. One producer said that they had seen Park occasionally in a down mood, but attributed it to news of Park's father suffering from cancer. His father recently moved back home from the hospital after his stomach cancer was deemed late-stage. Park reportedly died from hanging. He was found by his mother in his room with a cell phone cord around his neck. Around 12:40 am, he was with his father, massaging his father's legs. Park told him "I'm sorry" over and over. He then went into his room, where he was found in the morning. Producers of "Love Song - Drama" are "in panic mode" because Park's passing leaves them without a lead. Yeah, eff you producers. Park had said in an interview that he suffered from depression, which was exacerbated by prolonged promotional activities abroad. One friend says, "There's no way to know the real reason, but when I met Park a few months ago, he seemed depressed". His father's illness made things worse. Park's  co-star Park Si-yeon (currently acting in "Coffee House") reportedly received a "huge shock" from the news and "is in very bad condition". She is so distraught that there's concern she won't be able to continue filming. Park Si-yeon spoke with Park on the phone yesterday, but thought he sounded normal. And the media frenzy begins. That photo is from outside Park's home. The parade of celebrity visits is also just beginning, with stars coming to pay their respects to Park, whose body was transferred to a Kangnam hospital. It's morning in Korea now, and this will likely continue all day. I won't be posting on it, but you can rest assured there'll be plenty of media there as well. His death is even more perplexing because he had made plans to meet friends later in the day. Park's last phone call (or one of his last) was reportedly with DBSK's Kim Jae-joong, with whom he'd grown closer as he gave the latter advice about pursuing singer activities in Japan. Kim Jae-joong is currently recording in the U.S. and said, "I spoke with him on the phone yesterday, and his voice sounded so bright. I didn't feel he was at all different from his normal self. We agreed to have a drink together when I got back to Korea. I'm in such shock". Park's last twitter message was posted Saturday the 26th (http://twitter.com/yonaaaaaa) and was about the World Cup. "We lost. But they did well. clap clap clap~ Everyone, let's clap with warm hears for our national soccer team, who return with heavy steps. Good job!!" Park had just come back from a tour in Japan. The day before that (the 25th), he tweeted, "How could they know to come to the airport and see me, and at such a late hour? ^^ I didn't tell anyone but how could they know? keke. Impressive~ Anyway, thank you for coming to see me!! Tomorrow at the concert I'll have to ask, 'Who came to the airport yesterday?~~' keke See you tomorrow ^^" In an interview last year while promoting his movie "The Scam", Park said, "I've suffered from insomnia for the last ten years. I'm rather sensitive. If something bothers me I can't sleep until it's resolved". He added, "I'm envious of people who can sleep well. I think sleep is needed for good mental health".

"Park Yong-ha discovered dead at home"
by HanCinema is licensed under a Creative Commons Attribution-Share Alike 3.0 Unported License.
Based on a work from this source