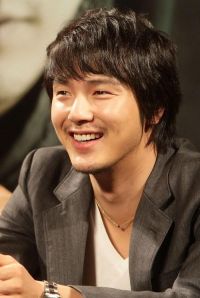 Actor and singer Park Yong-ha, one of the top Korean wave (hallyu) stars, will hold a concert at the Hawaii Convention Center Oct. 17, his agency, Yona Entertainment said.

It will be the first time in three years ― since the 32-year-old appeared at a solo concert in Oct. 14, 2006 ― for him to perform in Hawaii. The state has appointed the day as "Yong-ha Day" ever since.

"I am excited to think that I will meet my Hawaiian fans for the first time in three years. I am rehearsing very hard to present a memorable performance", Park said.

Yona Entertainment added that they were promoting the concert in Hawaii, Los Angeles and Las Veges through KBFD TV, a Honolulu-based television channel that airs Korean programs including dramas and news.

"We are receiving calls from not only the United States, but also from Korea, Japan and Taiwan", an agency executive said.

SBS drama "On Air" (2008), which starred the actor as the strict yet charismatic celebrity manager, has aired in Japan, and it was confirmed that it will be re-run at the end of the year.

KBS drama "The Slingshot" (2009) will also be available for Japanese fans from Oct. 3. Park's recent movie "The Scam" will be in theaters later this year.

Park released a mini-album last July to celebrate the fifth anniversary of his debut in Japan and also held a special event for fans at the Saitama Super Arena Aug. 1.

Making his debut as an actor in 1994, Park has appeared in several hit dramas, including "Winter Sonata" (2002), "Loving You" (2002) and "On Air". He has also released one album and two singles, and participated in the original soundtracks for the dramas he started in.