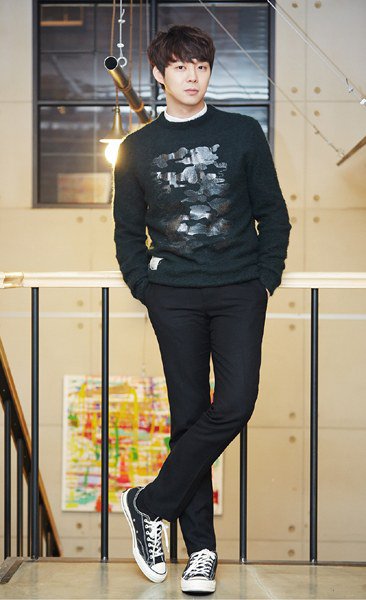 Park Yoo-chun's 2014 was more competitive than anyone else's.

He's 10 years into showbiz but last year was hotter than ever. He took home various rookie awards for the movie "Haemoo" which was his first movie debut.

We met Park Yoo-chun prior to the Seol holidays. Everyone thinks about age when the year changes. Park Yoo-chun wasn't an exception. He talked about 'age' first.

"I am at an imprecise and ambiguous age. If I had been older when I received the awards it wouldn't have been this awkward. It's not always a great feeling getting an award in front of all your seniors. It's embarrassing". 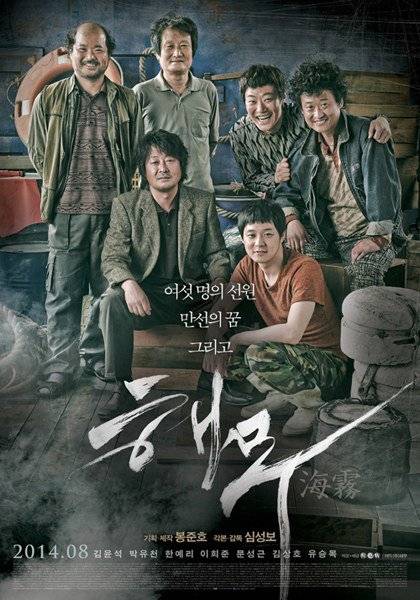 Park Yoo-chun reached the Grand Slam with the rookie award presented to him by the Korean Film Journalist Association. However, he says, "I don't think I did so well. I still ache at the thought of 'Haemoo'".

"I'm reading a book that speaks my heart, it's called 'I'm Only Thirty'".

"I realize the meaning of a normal life. I was having drinks with a close staff friend of mine and overheard the table next to us talking about 'age'. I realized then that I was in my 30s now".

His passion for acting is great. He also thinks the chance for him to really make an impact on his name is through acting. He said the following when he won the "Best Movie Award"; "I wanted to be known as Park Yoo-chun and not Micky Yoo-chun from the group TVXQ. I was being greedy. Many people have helped me to be where I am today and I am going to work harder to make sure I am worthy of the name 'actor'.

Receiving awards reminds him of the first time he started acting.

"I started acting in 2010 with the drama "Sungkyunkwan Scandal" and a close friend of mine said I am going to want to act more the more I do it. I didn't know what that meant but now I do. I love the feeling I get when I'm acting".

For Park Yoo-chun who's all over the world as a singer when he's not acting, a holiday is overrated. He's been at it for over 10 years but compared to the hectic life he spent in 2014, this is a 'pleasurable' time for him right now.

"I watch movies at home, read some scripts and eat. That's all I do. I feel nervous in thinking I should be preparing for something or plan out for the future but it's not easy. So I let it go. I want to just go with the flow".

His stimulation comes from 'people'. Recently, he met with Kim Yun-seok and Lee Hee-joon for a recording of the DVD commentary of "Haemoo". He's a people person.

"I was at a ski resort and there's a little bar around there that has LP discs. I wanted to meet the owner. He was wondering when I'd come and I finally had. I was touched by his welcome. It sounded like my father".

"Park Yoo-chun: "I'm only thirty", "I want to be an actor""
by HanCinema is licensed under a Creative Commons Attribution-Share Alike 3.0 Unported License.
Based on a work from this source