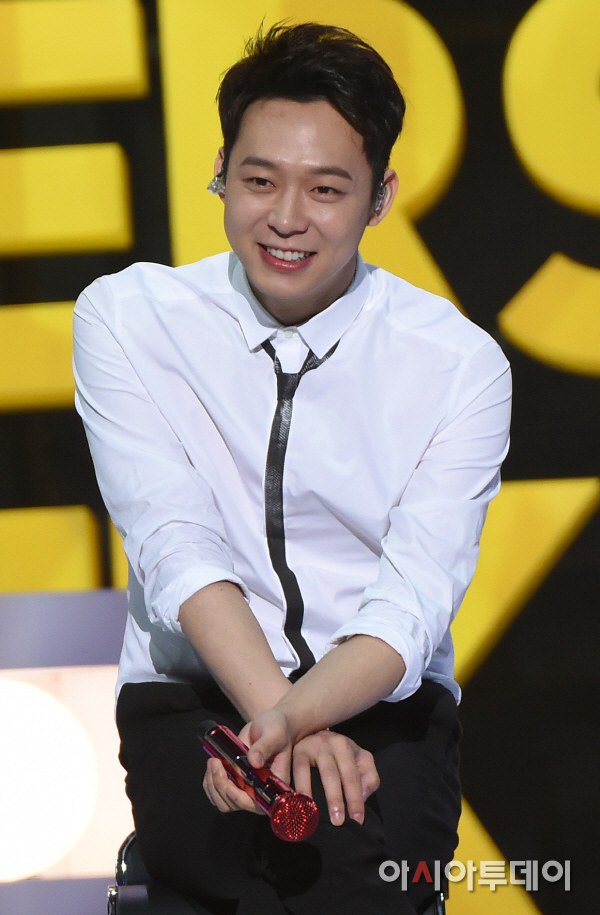 During the event, Park Yoo-chun is smiling brightly.

The fan meetings inspired by movie 'Inside Out' take place at 2:00 PM for Japanese fans and at 7:30 PM for Korean fans.

The JYJ Membership Week, which has been organized each year since 2012 to support JYJ fans, was put into an event as a photo exhibition this year. The exhibition presented unpublished photos including the photos from 2010 World Tour and the fourth JYJ magazine.

Park Yoo-chun will enlist on August 27 through a private ceremony closed to the public. He is the second JYJ member to carry out the mandatory military service following after Kim Jae-joong, who enlisted in last March.

"Park Yoo-chun shows bright smile while on standby to enlist in the army soon "
by HanCinema is licensed under a Creative Commons Attribution-Share Alike 3.0 Unported License.
Based on a work from this source