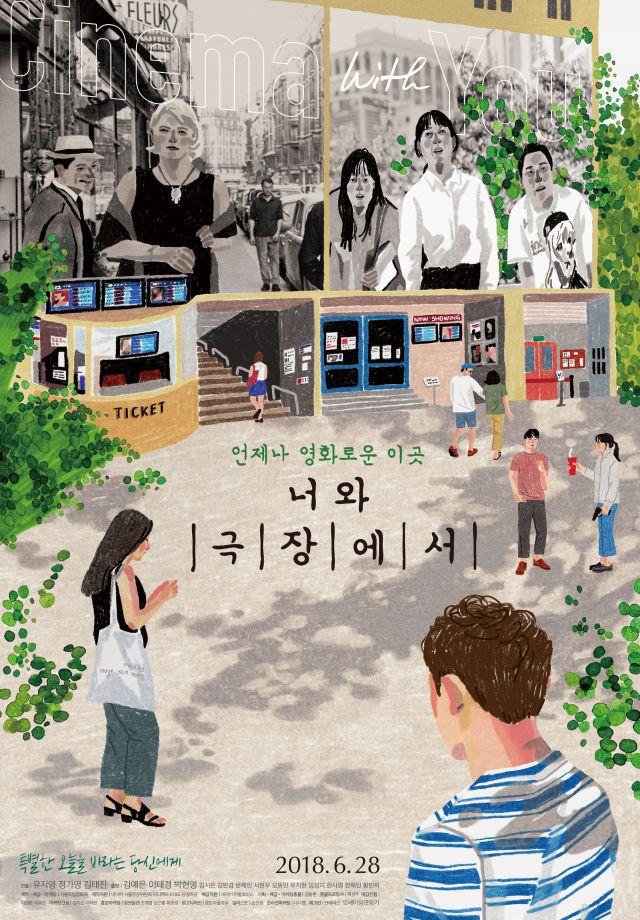 Main trailer released for the upcoming Korean movie "Cinema with You" along with a hand-drawn main poster.