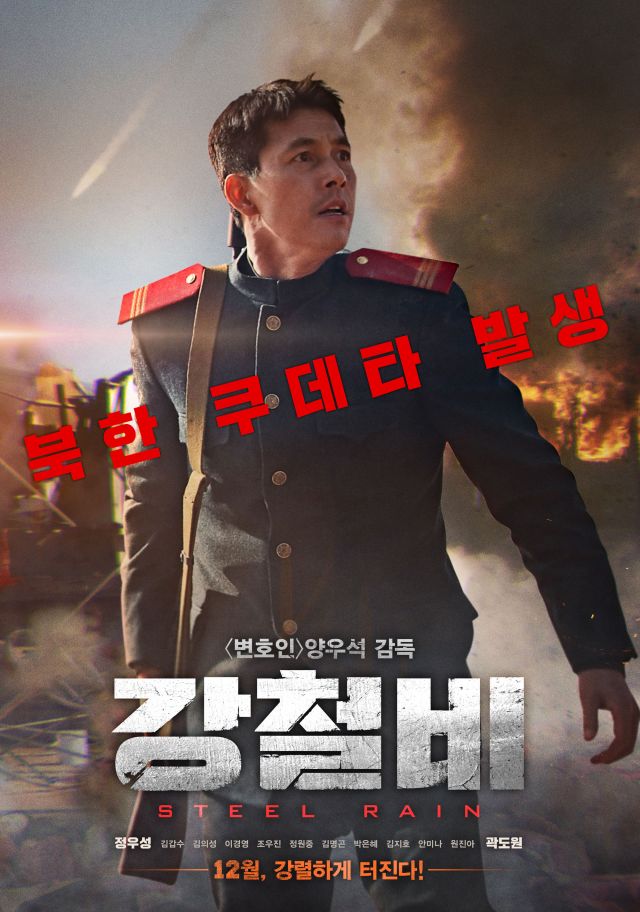 "Steel Rain" is amping up for its December release with this pointed 5-minute trailer.

Began filming in : 2017/02/02
Wrapped up filming : 2017/06/08
Synopsis
A web-toon turned movie. A former North upcoming Korean Reconnaissance agent and the Chief of Foreign Affairs and Security conduct a secret mission to prevent the upcoming Korean War.