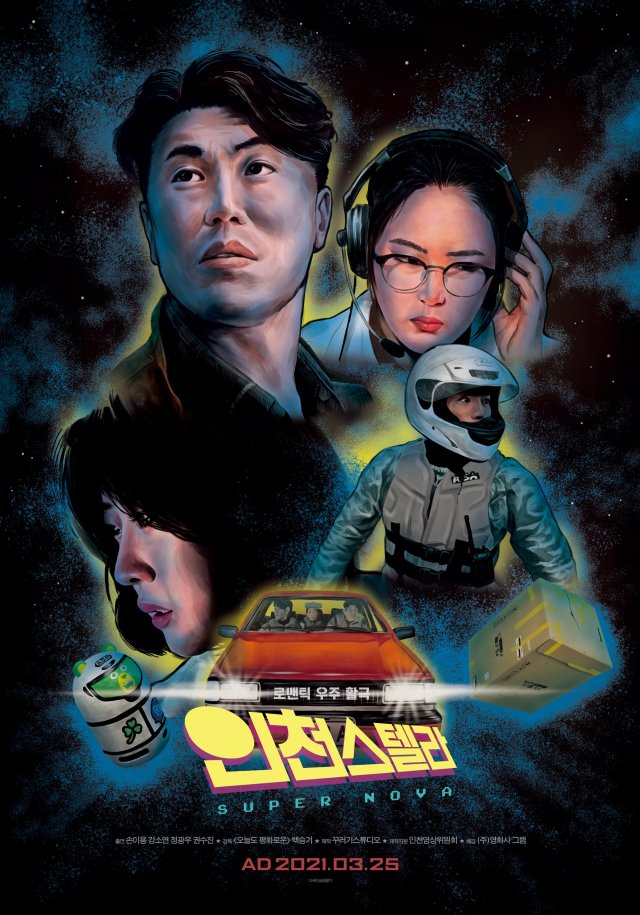 Synopsis
Director Back Seung-kee has presented a new world that he refers to as a "C-class movie", that surpasses "B-class" with its unique sensitivity and humor. This time, he challenges travel across time, space, and dimension with the expanded world and scale. Gi-dong is an exploration crew member of ASA (not NASA), aka Asia Space Administration. He leaves ASA to raise his daughter, Gyoo-jin, after his wife and colleague, Seon-ho, dies during childbirth. One day, he has a mysterious experience meeting Seon-ho from a different dimension and decides to go back to space to search for her. He boards the secret spacecraft, "Super Nova", based on the blueprints left behind by Seon-ho. "Super Nova" creates excitement from the title. It is the story of people who seek precious memories or existences beyond the boundaries of time and space. The most spectacular special effects of the film are expected but don't worry. The moment you witness the reality of the secret space ship, "Super Nova", the director's fans will be relieved by its appearance. (MO Eun-young)