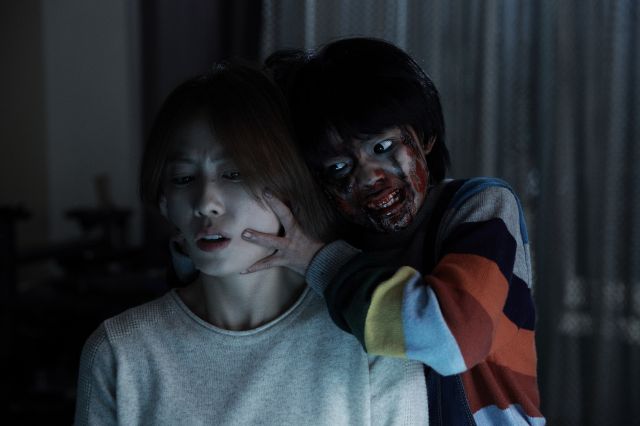 Synopsis
"Horror Stories", 2012, was about the four horror stories told by a high school student girl who was kidnapped by a murderer, and 'Horror Stories 2', 2013, depicted horror about death and the world after death. "Horror Stories 3" plays a role as a bridge between the first and second sequels, thus talks about past, present as well as future. The story of the third sequel is delivered in a unique setting borrowing the scientific fiction genre.

'A Girl from Mars' by Min Gyoo-dong
A girl makes an emergency landing on a planet ruled by machines.
The girl starts revealing her horrible memories about mankind one by one, while she tries to explain to the machines the reasons why she had to leave the people on earth and ended up landing on this planet.

Story of the Past - The Horrible tale 'Fox Valley'
'Man is not the lord of creation. In fact, they are a parasite.
A scholar Saengwon (classics licentiate) Lee (Im Seulong) who was heading to his hometown after he successfully finished his Civil Service examination. He is chased down by a gang of robbers all of sudden and finds himself in a remote village after he ran and ran to save his own life. He decides to stay one night at a house, where a mysterious woman and one elderly person reside. However, the place he ended up happens to be the Fox Valley, where people say no one could get out alive! Saengwon Lee is trying to escape the Fox Valley to save his life.

Story of the Present - The Horror story of instinct of speed 'Road Rage'
'Why kill people? I don't know'
Dong-geun (Park Jung-min) and Soo-jin (Kyung Soo-jin) were driving on a highway late at night. A strange freight truck appears in front of them. As the truck keeps passing their car and blocking them several times, Dong-geun gets angrier each time and tries to pass the truck by driving even more violently. However, the freight truck won't give up either and keeps following them, then threatens Dong-geun and Soo-jin. On a dark night, the horrible speed competition accompanied by rage begins!

Story of the future - The Horror story of Artificial Intelligence 'Ghost of Machine'
'We will be together, forever'
An artificial intelligence robot, Doon-ko makes the best friend for a young boy, Jin-goo in place of his mom Ye-seon (Hong Eun-hee). Jin-goo and Doon-ko have been together for ten years and promise to be with each other forever. However, one day Doo-ko develops errors and hurts Jin-goo. Jin-goo's mom Ye-seon gets rid of Doon-ko without telling her son and purchases a new robot. But the new robot also develops strange symptoms. And Doo-ko keeps appearing in front of Ye-seon and Jin-goo's eyes. The curse of a promise you can't keep; what will be the end of it?