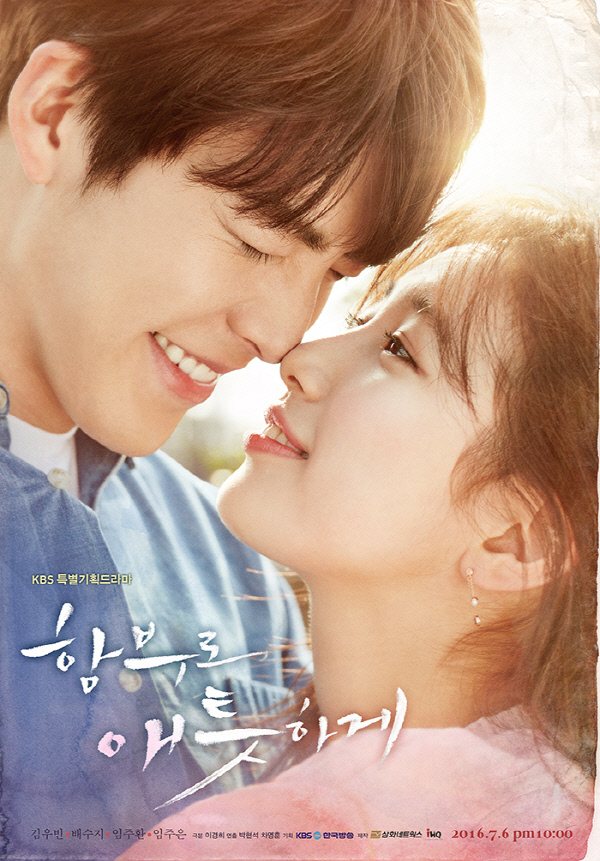 16 episodes - Wed, Thu 22:00
Also known as "Lightly, Ardently", "Arbitrarily Fond", "Indiscreetly Fond"
Synopsis
Two people, who got separated during their childhood due to an ill-fated relationship, meet again as an extremely bossy superstar and as a materialistic and servile producer of documentary programs. The drama depicts a sassy and ardent love story between the two.