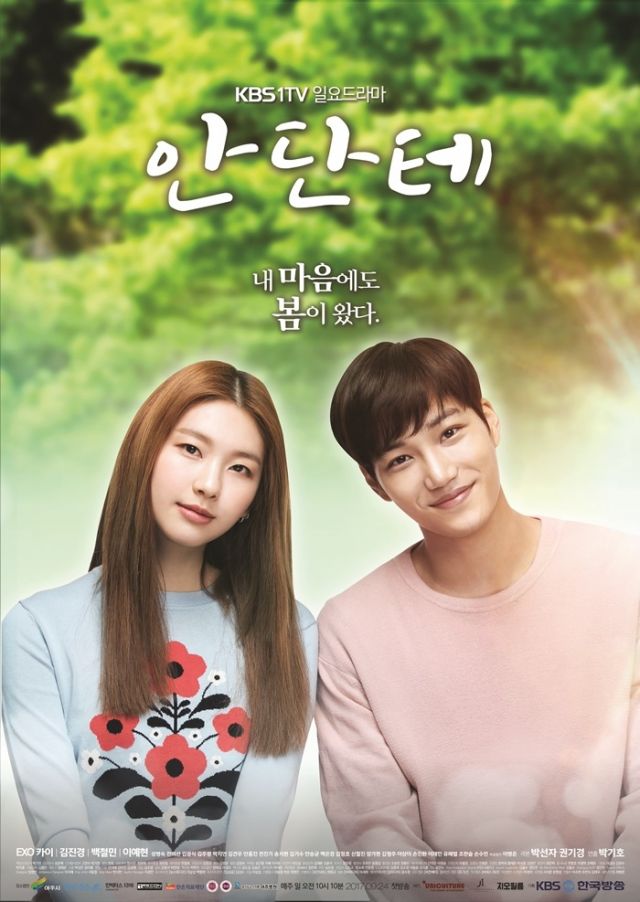 It's good to see idols branch out. Although Kai has tried his hand at acting, this meatier role in "Andante" will give him something to sink his teeth into. His character is touted to be a trouble maker who goes through a shock when he moves from the city to the countryside. The caption says "Spring has come into my heart", which is a play on Kim Jin-kyung's character's name "Bom", which means spring. The lady will get her man, methinks.

-Yours, Lisa, a lady who loves seeing people tap into their talents