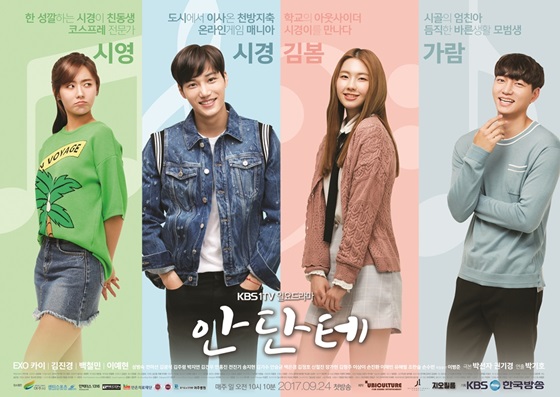 Our four country bumpkins are raring up for their November 24 release with Kai at the helm of an adorable looking cast. He's a city slicker who is sent to the countryside where he will learn a thing or two about life. I'm not expecting too much heaviness out of this KBS drama. Rather, I hope to look to it when I need a pick me up.

-Yours, Lisa, a fan of cute and fluffy dramas