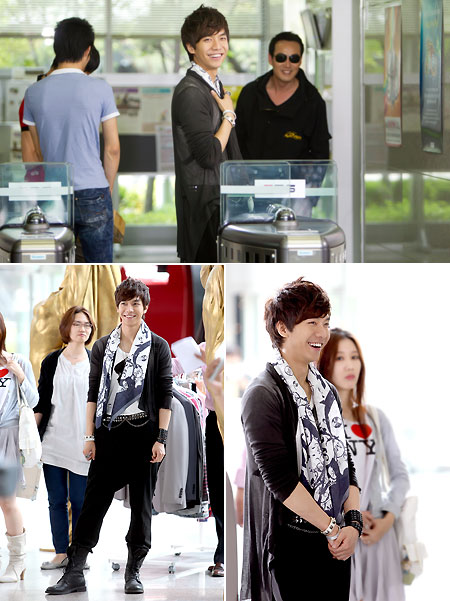 Actor and singer Lee Seung-gi is making a surprise cameo appearance on the MBC drama "The Greatest Love".

On the 9th episode of "The Greatest Love", Lee Seung-gi will be acting as the star Lee Seung-gi and it will be a short but impressive cut.

Lee Seung-gi tuned with Cha Seung-won, Jung Joon-ha, Lee Hee-jin, Im Ji-kyu and more in the MBC Dream Center on the 30th. He emphasized on his usual image of being well mannered and kind. The 'Dok Go-jin (Cha Seung-won) and Goo Ae-jeong (Gong Hyo-jin scarf incident' happened again but this time Lee Seung-gi and Jenny (Lee Hee-jin). Cha Seung-won taught him the Dok Go-jin finger move and showed friendliness by putting his cheek against his and more. 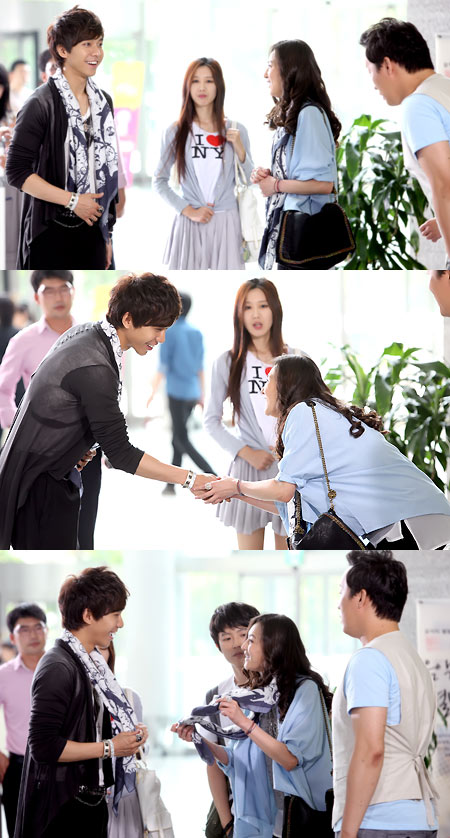 Lee Seung-gi had promised the writers Hong Jeong-eun and Hong Mi-ran to do a cameo show on this drama when they met through "My Girlfriend is a Gumiho". Also, he is close to Cha Seung-won so he didn't hesitate to agree to this.

Meanwhile, "The Greatest Love" is continuously increasing thanks to the realistic episodes that happen behind the scene and the comic act by Gong Hyo-jin and Cha Seung-won. According to AGB Nielsen Media Research, it rated the best so far last 26th with 20.2%. The drama has also had a variety of appearances by actress Park Si-yeon, the cast of "Sebaqui", director Jang Hang-jun, martial arts director Jung Doo-hong, comedian Lee Byeong-jin, announcer Oh Sang-jin, singer Horan, Stylist Jeong Yoon-ki, comedian Ahn Young-mi and more.

On the 9th episode on the 1st, Dok Go-jin realized the truth after trying to clean up his feelings towards Ae-jeong and Pil-joo's (Yoon Kye-sang) feelings for her get bigger. Viewers are curious as to whom Ae-jeong will choose between them.

"[Photo] 'Little Dok Go-jin' Lee Seung-gi captured on site"
by HanCinema is licensed under a Creative Commons Attribution-Share Alike 3.0 Unported License.
Based on a work from this source