[Photo] New Poster for "After Diving Bell" Glows With Hope 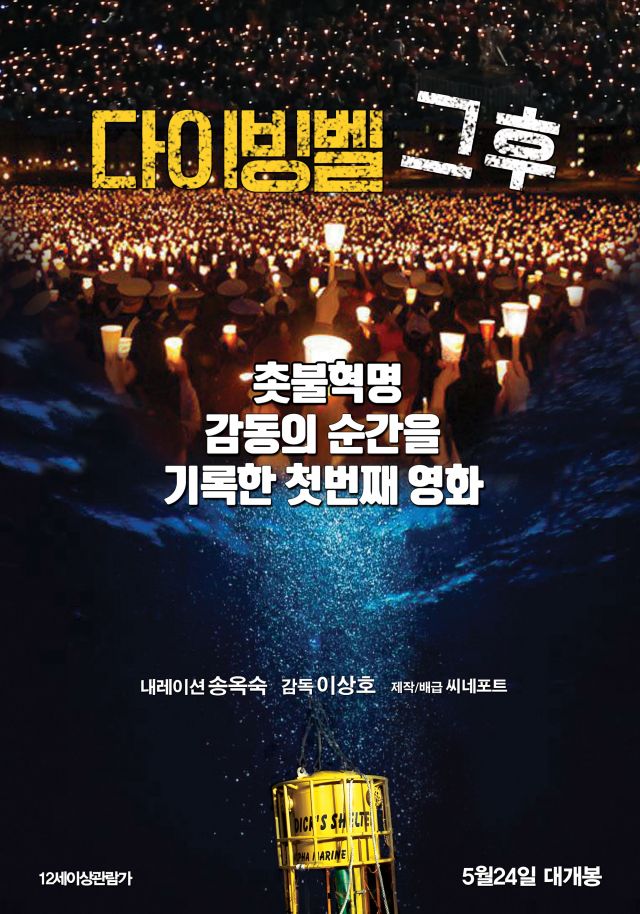 "After Diving Bell" has added a new poster featuring one of the many vigils for the Sewol Ferry that have happened over the years. The candles represent mourning, but also hope.

Synopsis
A documentary that reports on the the rescue failure of the Sewol incident. In the days of media control, Park Geun-hye and her government sabotaged the screening of "Diving Bell" at the Busan International Film Festival.
"Diving Bell" is a documentary that recorded the suppression and happnenings over the past four years.
Despite harsh periods, film makers have defended their freedom of expression and the victory of Candle Citizens has led to "After Diving Bell", which pays respect to the families of the Sewol incident.