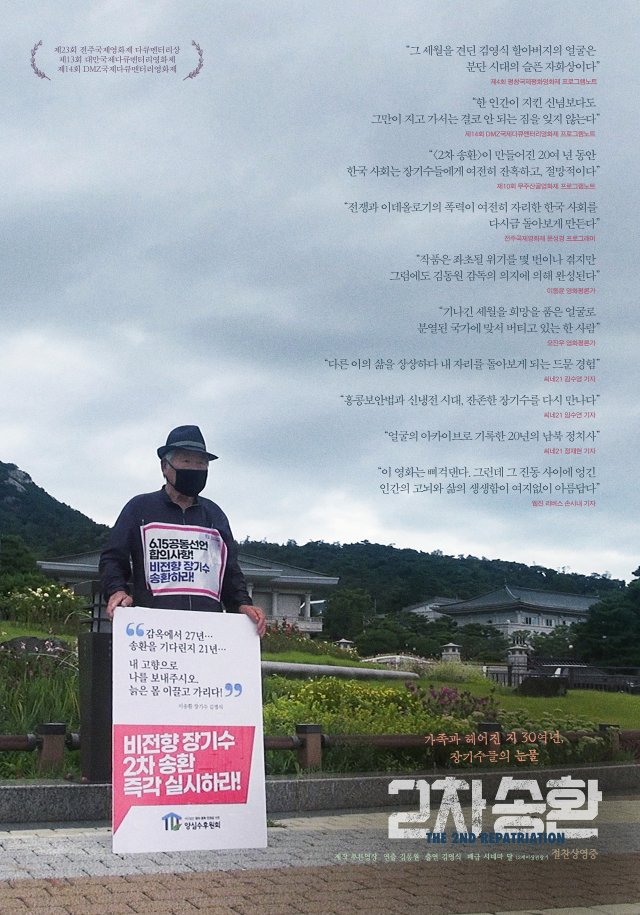 Synopsis
In 2000, in the era of inter-Korean reconciliation, 63 unconverted long-term prisoners were being repatriated to the North but converted long-term prisoners were excluded from the list. In 2001, they made a "declaration that the conversion by torture was invalid" and launched a second repatriation movement. This humane drama captures their hope and despair for about 30 years and their nostalgia for their home of North Korea amid intense right and left conflicts in South Korea.