[Photo] Poster Added for the Upcoming Korean Animated Movie "Hello Carbot the Movie: Save the Moon" 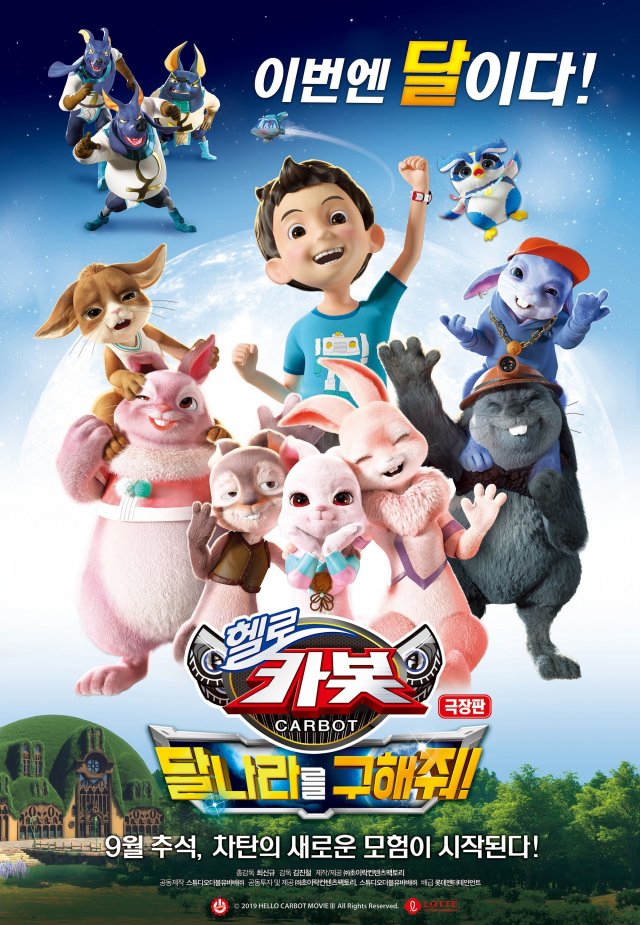 Poster added for the upcoming Korean animated movie "Hello Carbot the Movie: Save the Moon" (2019)

Synopsis
The tower crane and the space station disappear from peaceful Earth, and the Rabbit Tribe that used to live behind the moon are in danger because of robot attacks. The Chiola Aliens want to invade Earth!

Chatan and the Carbots, who keep the peace on Earth, leave on a journey to the moon to fight the alien group that causes mayhem!

Carbots and the Rabbit Tribe become allies for the first time in history!