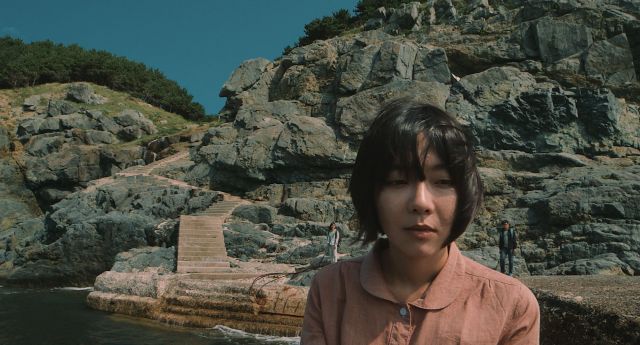 The stark still released for "Eyelids" has an engaging, arresting beauty with the stairway carved into craggy clifs and the anxious woman pittied against them.