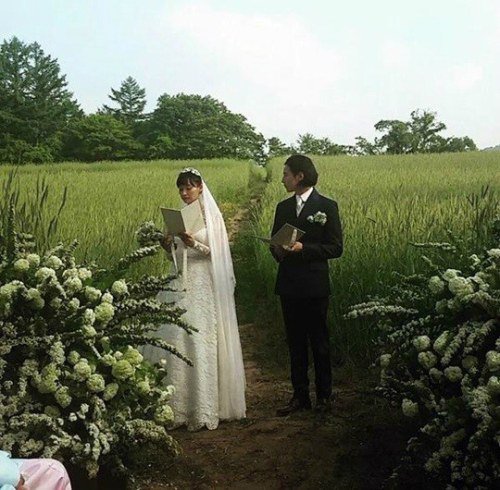 And additional picture of Won Bin and Lee Na-young has been released.

They got married in Gangwon-do like a scene from a movie.

The picture shows them reading their wedding vows in the fields. Won Bin is looking lovingly at Lee Na-young who is reading her vows.

Their management announced, "The two people were blessed by both families and are now one".

"[Photo] Won Bin and Lee Na-young's additional wedding photo"
by HanCinema is licensed under a Creative Commons Attribution-Share Alike 3.0 Unported License.
Based on a work from this source