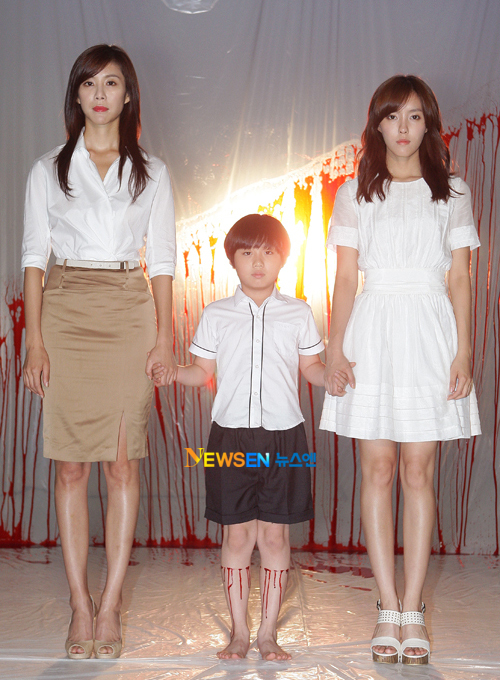 Thriller movie "Ghastly" that will hit cinemas this summer held a poster photo shoot in Seoul on the 24th of June.

Movie "Ghastly" is about the spirit of a child who died under unfair circumstances, possessing someone else's body and committing murder. The cast of this movie had created an issue as Han Da-gam from thriller drama "Grudge: The Revolt of Gumiho", T-ara'a Hyomin and Chunmuro's rising star No Min-woo joined in.

This movie is about to released in the beginning of August.

"[PhotoN] Han Da-gam, Lee Hyung-suk, Hyomin 'the truth behind the dead child', "Ghastly""
by HanCinema is licensed under a Creative Commons Attribution-Share Alike 3.0 Unported License.
Based on a work from this source