[Photos] Added new poster for the Korean documentary 'My Place' 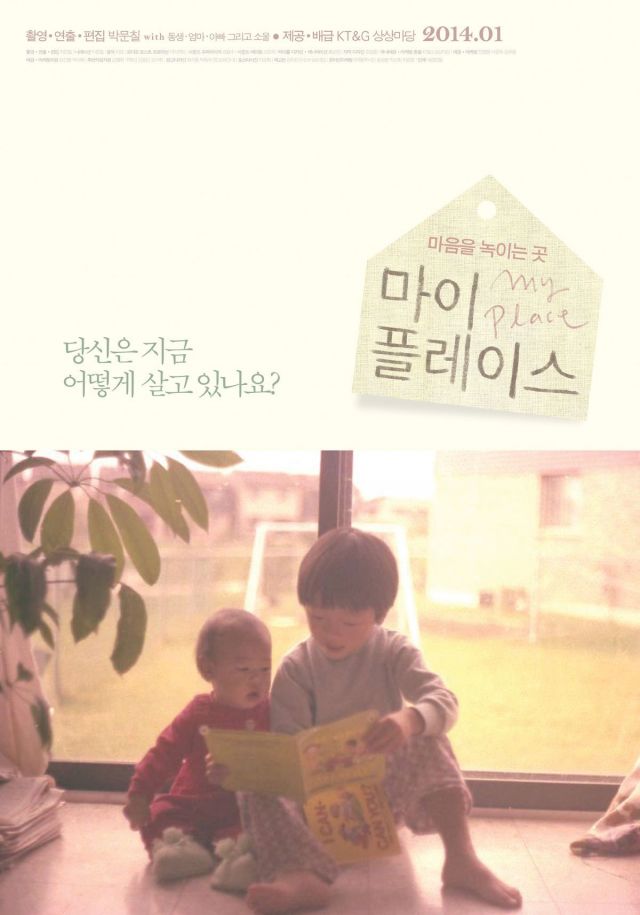 Added new poster for the upcoming Korean documentary "My Place" (2013)

Synopsis
A little sister brings up a baby by herself. Her mother defends her while her father being soured. As the little sister and her mother have gone back to Canada, the family's history unveils the past. A movie focuses on the battle-scared history of modern Korea and its traditional patriarchal custom.