[Photos] AOA Seolhyun, "I was stressed about my body in the past" 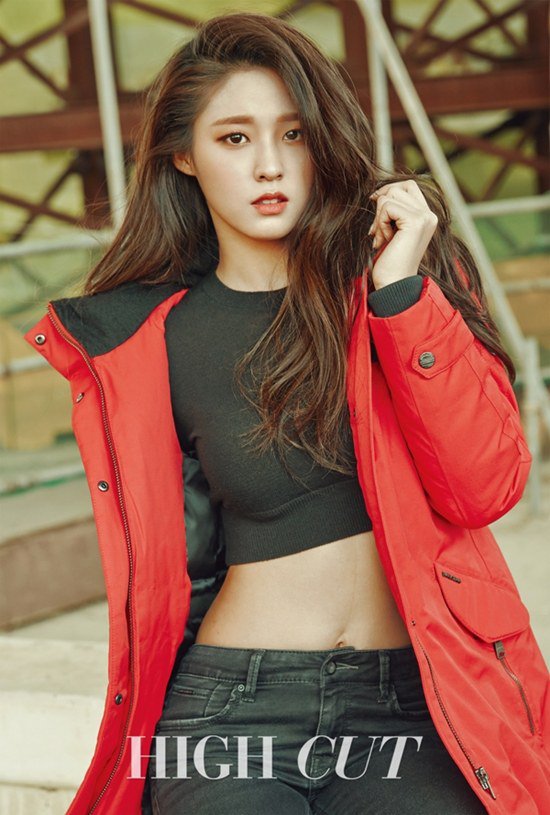 Seolhyun was featured in the star style magazine High Cut.

She posed in Buckaroo's down jumpers, denim pants and turtle neck knitted tops.

In the following interview, she said, "I try to show various sides of me. I think I change all the time, although sometimes I look ugly".

Seolhyun is known for her diet. She struggled with dieting issues in the beginning. "I was concerned about my thighs and hips. I wanted to be skinny. From some point on, I just accepted my flaws as character and so did other people".

Seolhyun is very popular these days but with popularity comes criticism and she said she's been getting lots of those. "I've read a few criticisms and I'm more careful".

Seolhyun's pictures can be seen in the 161st issue of High Cut or the High Cut application downloaded from App Store or Google Play. 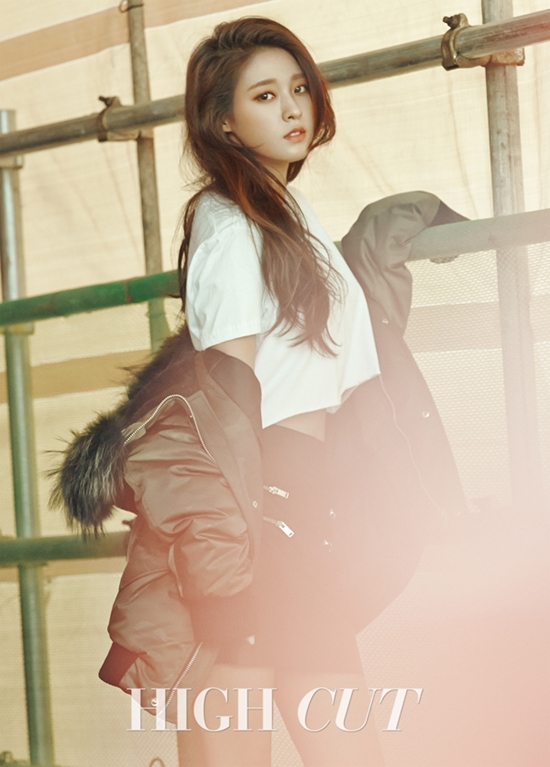 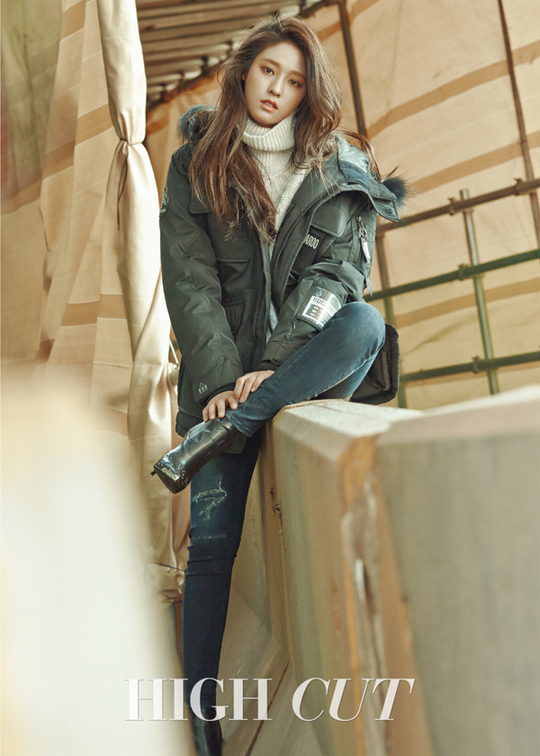 "[Photos] AOA Seolhyun, "I was stressed about my body in the past""
by HanCinema is licensed under a Creative Commons Attribution-Share Alike 3.0 Unported License.
Based on a work from this source