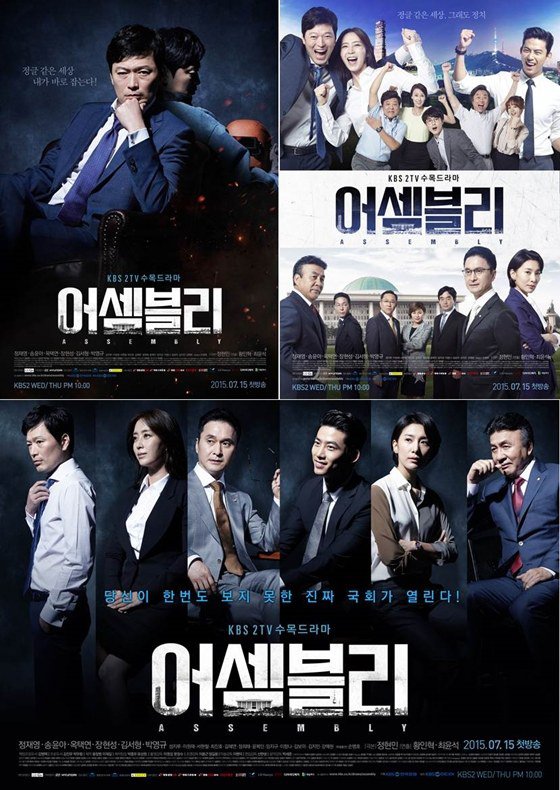 Three different posters with hopeful messages were released on the 7th.

In the 6 people poster, all the characters stand out with their own characteristics. They are all wearing dandy clothes with expressions on their faces that tell what kind of characters they are. The copy says, "A real Assembly like never seen before is happening now!".

Another poster contrasts members of Jin Sang-pil's assembly smiling and politicians of an opposing team looking very solemn. The copy above Jin San-pil's people says, "A jungle but still politics".

"Assembly" is expected to deliver the message of politics and the show the struggles of the characters trying to make a better world.

Meanwhile, "Assembly" will be broadcast on the 15th at 10PM. 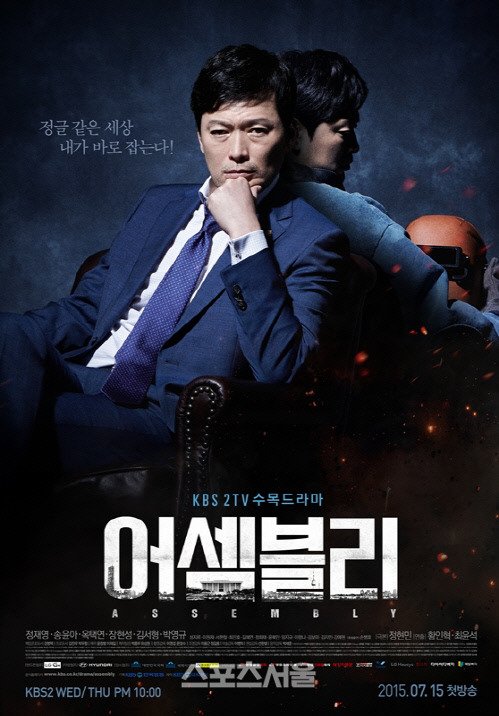 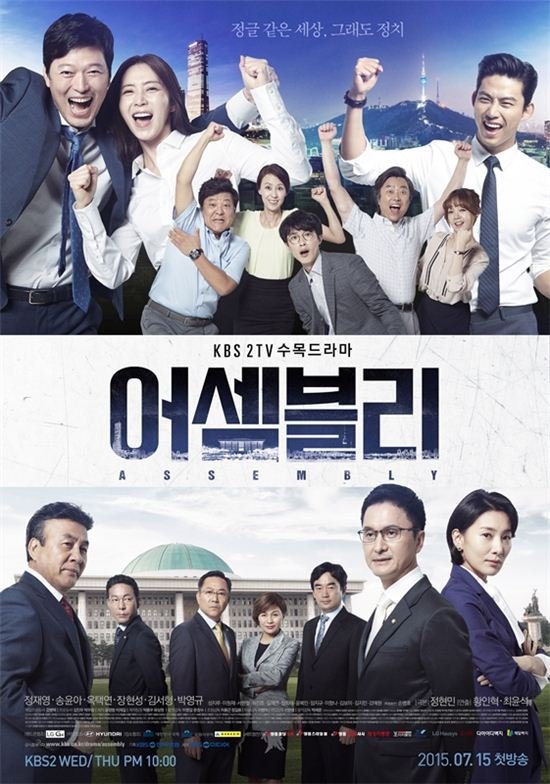 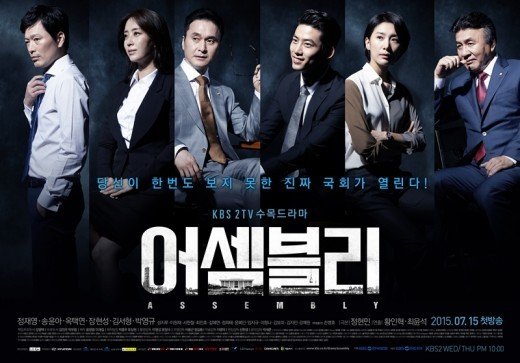 "[Photos] "Assembly" official posters"
by HanCinema is licensed under a Creative Commons Attribution-Share Alike 3.0 Unported License.
Based on a work from this source