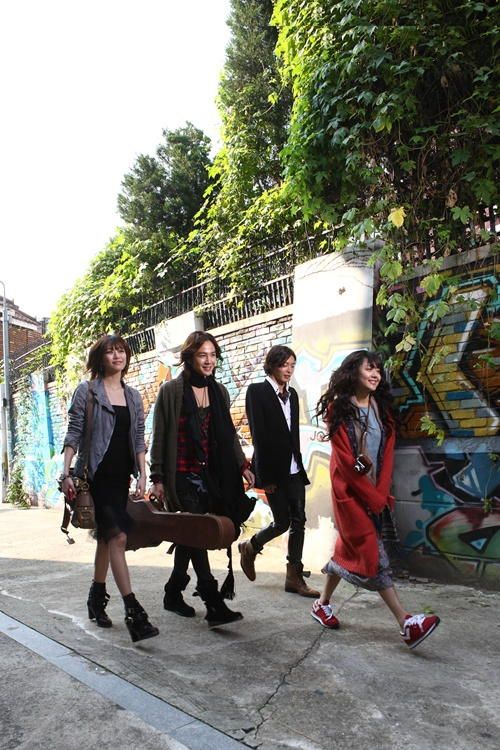 Photographs from the set of the upcoming TV show "Marry Me, Mary!" have been unveiled.

The show's promoter Ytree Media on Thursday released photos of the four main characters of "Marry Me, Mary!" -- Moon Geun-young, Jang Keun-suk, Kim Jae-wook and Kim Hyo-jin -- filming scenes for the show on the streets of Hongdae University.

"I am happy and excited at the same time. I hope that this feeling lasts from the beginning of the drama until the end and the atmosphere during the filming was great", Jang was quoted as saying.

Moon, who will be playing Mary, said, "The ambience of Hongdae goes well with the show and I am excited for the filming to start".

"Marry Me, Mary!", which has already been sold to Taiwan and China, is written by the famed writer of "Full House" and scenarist In Eun-ah from hit TV series "Full House".

It is a romantic comedy which revolves around Mary who makes realizations about love and herself while being in two fake marriages for 100 days to Moo Kyul (Jang) and Jung-in (Kim Jae-wook).

The new series will premiere on November 8 after current drama "Sungkyunkwan Scandal" ends its run. 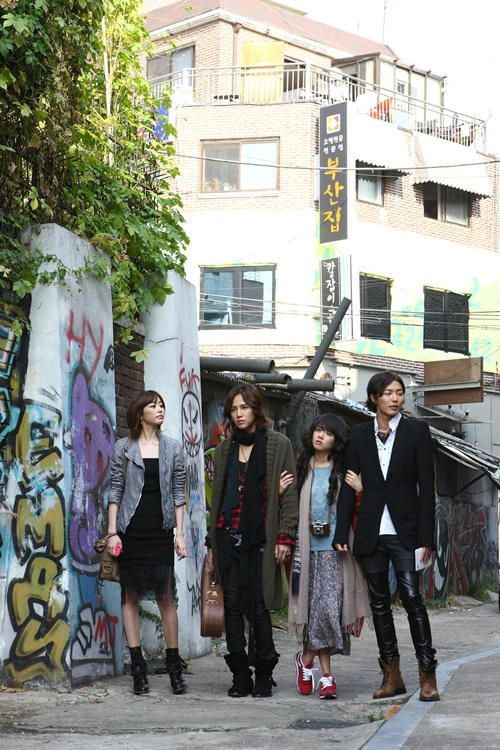 "Photos from TV series "Marry Me, Mary!" unveiled"
by HanCinema is licensed under a Creative Commons Attribution-Share Alike 3.0 Unported License.
Based on a work from this source