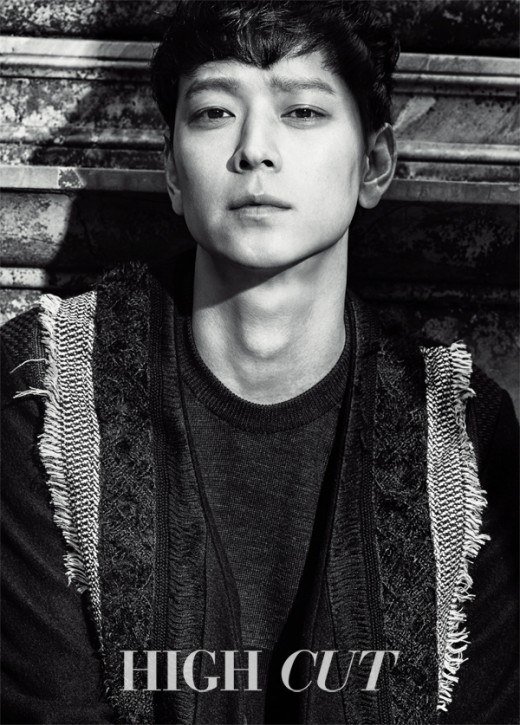 A charismatic photo collection of Gang Dong-won was released through the style magazine "High Cut".

Based in the backgrounds of the Bergamo Chapel in Italy, Gang Dong-won showed off his good looks. Most of the pictures were taken in black and white and his outfits were mostly black, grey and navy in color.

The cut of Gang Dong-won waving away the sunlight with his hand stands out as only his left eye can be seen. This photo collection is like a preview to his recent movie "The Priests".

In the following interview, he talked about his new movie. 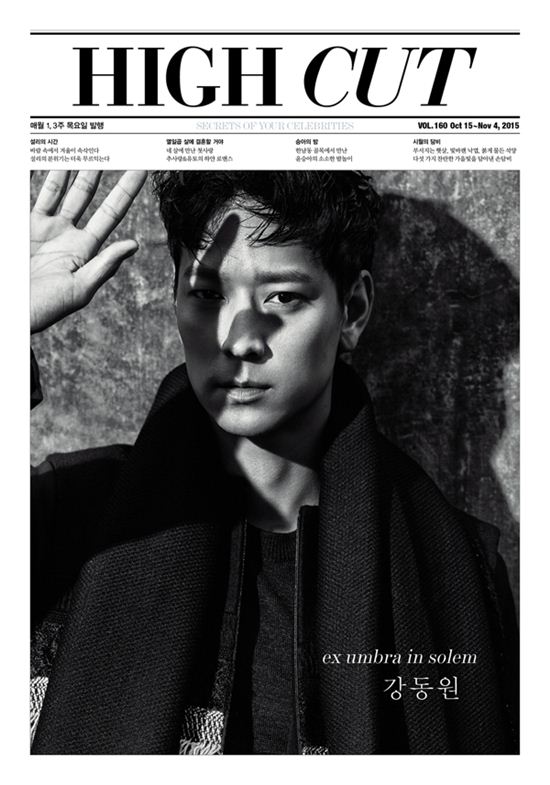 In just 2015 alone, Gang Dong-won shot 3 movies and they are ready for release. He said, ""The Priests" was taken from February this year to May. After 2 weeks I started "A Violent Prosecutor" until the 17th of September. "Vanishing Time: A Boy Who Returned" was supposed to start in the beginning of November but it might be moved to the end of that month. Everything's fine but I can feel myself getting tired".

About his acting, "I think the task is to get deeper into the character and the detail. I talked to producer Lee Myung-se about this. I can't be satisfied here but I have to be better". 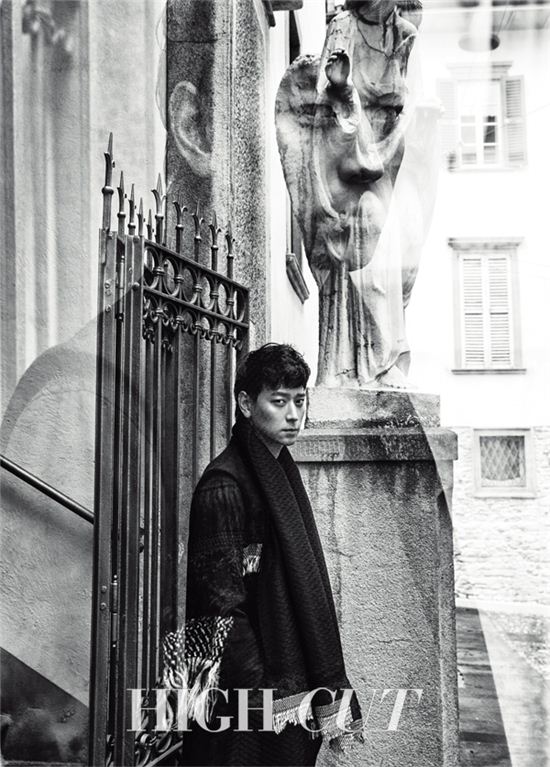 Gang Dong-won plays a seminary student named Choi Boo-je who helps Father Kim (Kim Yun-seok) save a girl named Yeong-sin (Park So-dam) from danger in "The Priests". He said, "I got the scenario last year and it was something I've never done before so I decided to do it. It can be a horror movie but it's also a thriller".

The pictures of Gang Dong-won can be seen in the 160th issue of High Cut. 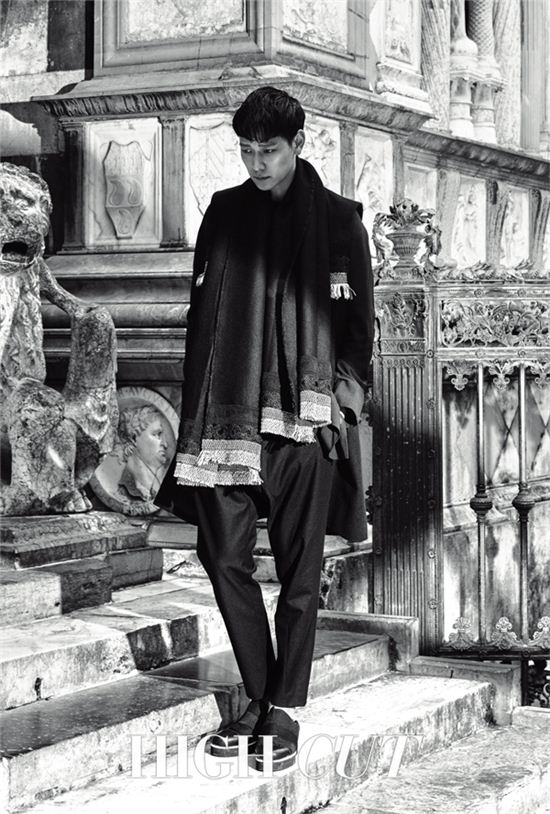 "[Photos] Gang Dong-won, "I can't be satisfied here""
by HanCinema is licensed under a Creative Commons Attribution-Share Alike 3.0 Unported License.
Based on a work from this source