[Photos] Girl hulk, what is that? "Strong Woman Do Bong-soon" 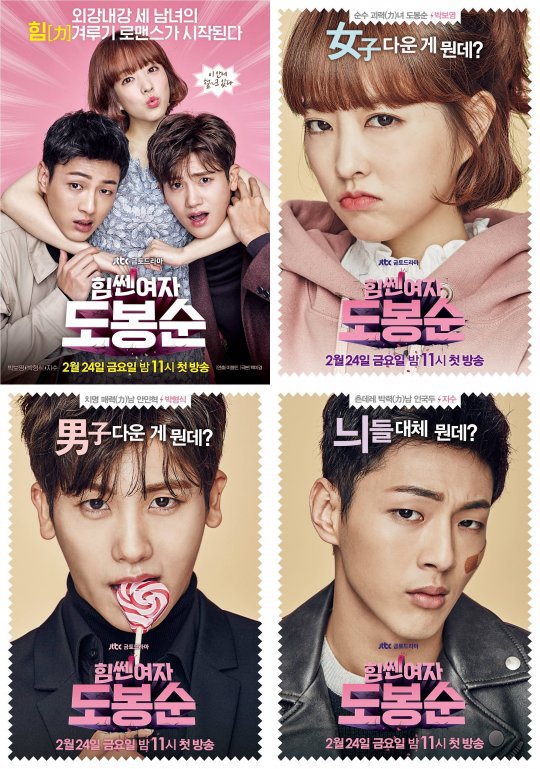 Ahn Doo-gook is a Police Academy graduate who believes social justice can be put to action. In the poster he is cringing with a band-aid on his face looking very macho. His poster reads, "And who the hell are you?"

The poster of the characters give a hint of what we are expected to see in the drama "Strong Woman Do Bong-soon" and the two men highlight Do Bong-soon's character.

"Strong Woman Do Bong-soon" has been moved to 11PM instead of 8:30PM on JTBC starting from the 24th of February. 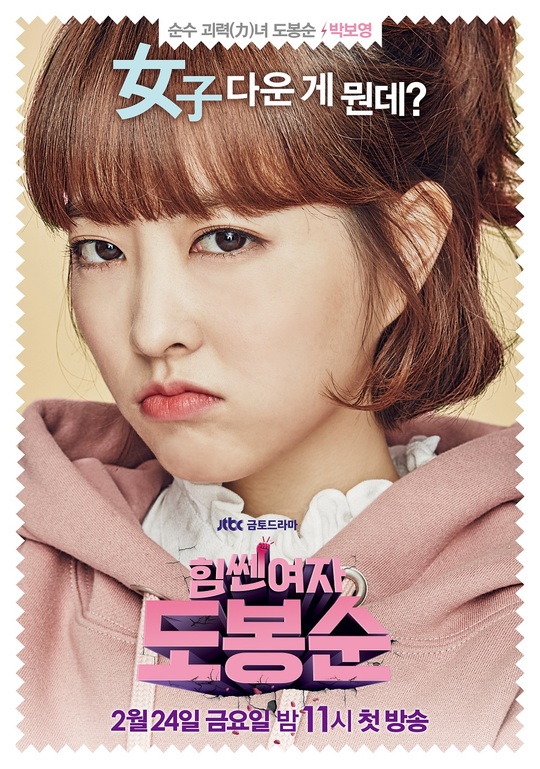 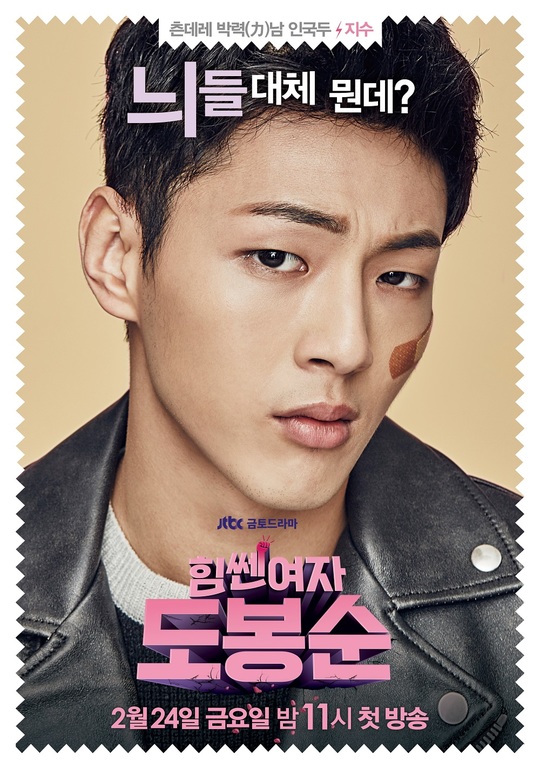 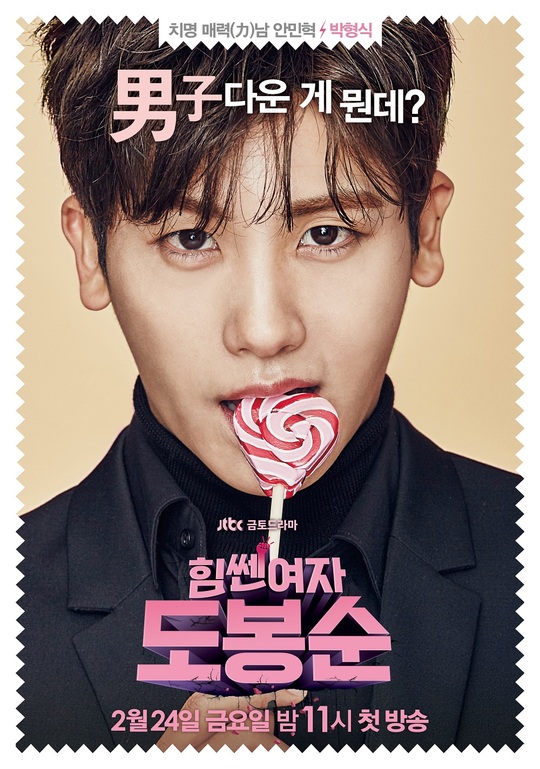 "[Photos] Girl hulk, what is that? "Strong Woman Do Bong-soon""
by HanCinema is licensed under a Creative Commons Attribution-Share Alike 3.0 Unported License.
Based on a work from this source