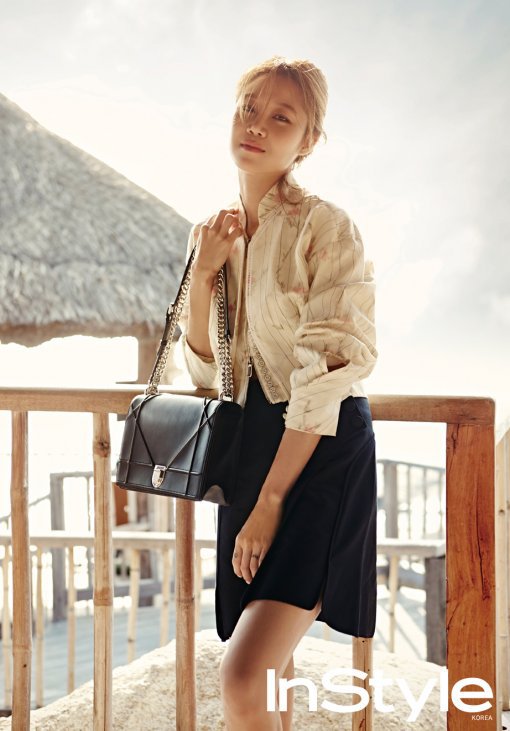 Gong Hyo-jin modeled for the March issue of InStyle.

She's wearing a white top and pants in some pictures, looking more feminine than ever. She's also wearing an embroidered blue jacket and looking far out as if she has something on her mind.

Another cut is of her wearing a cool-looking navy colored sleeveless wool coat and quilting Bermuda pants. Then with a must-have item of the year, the bomber jacket, she matches a skirt and bag in all black.

These pictures were taken in the beautiful scenery of Vietnam. Through these pictures, Gong Hyo-jin takes off the 'Gongbli' image and shows a different side of her.

Meanwhile, the bag she's wearing is from the 15SS Collection from Dior House and is only being launched in London's Dover St Market, Hong Kong's Lane Crawford and Korea's Boon the Shop in Chungdam. It will be on display from the 27th of February to the 8th of March and later in Galleria and the Dior branch in Sinsege Shopping Mall Gangnam. 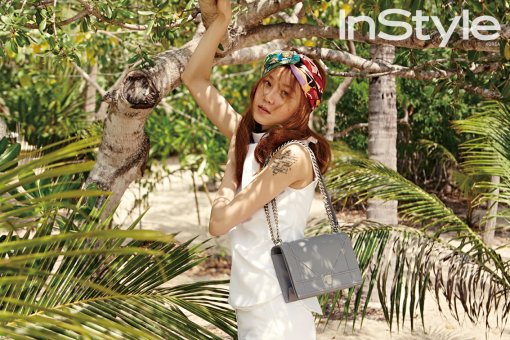 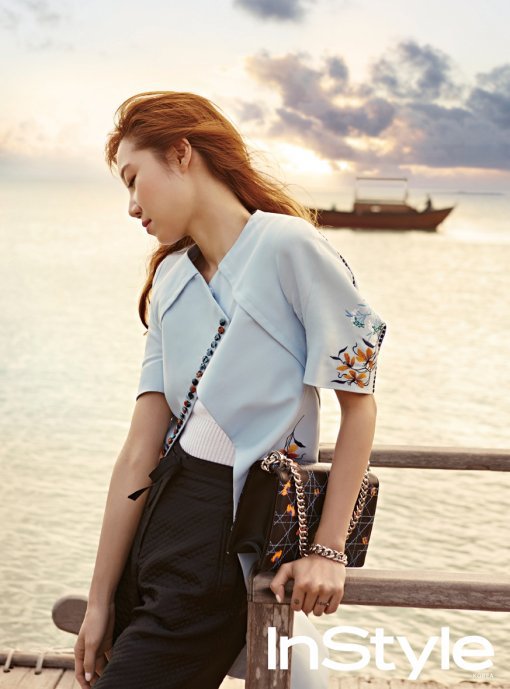 "[Photos] Gong Hyo-jin comes back with feminism "
by HanCinema is licensed under a Creative Commons Attribution-Share Alike 3.0 Unported License.
Based on a work from this source