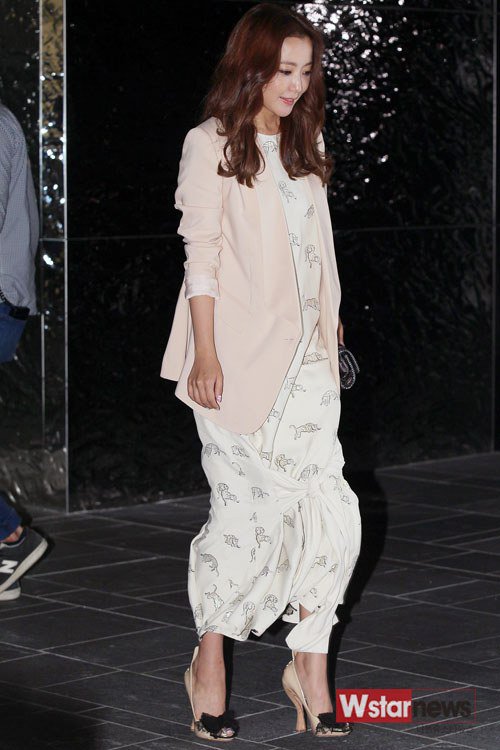 Actress Kim Hee-sun is entering the photo wall event at Stella McCartney's first visiting event in Korea, which took place at Boon The Shop in Cheongdam-dong, Seoul on May 20th.

The event was to celebrate the opening of the popup store for The World of STELLA at BOONTHESHOP and to introduce the autumn 2015 collection by the brand.