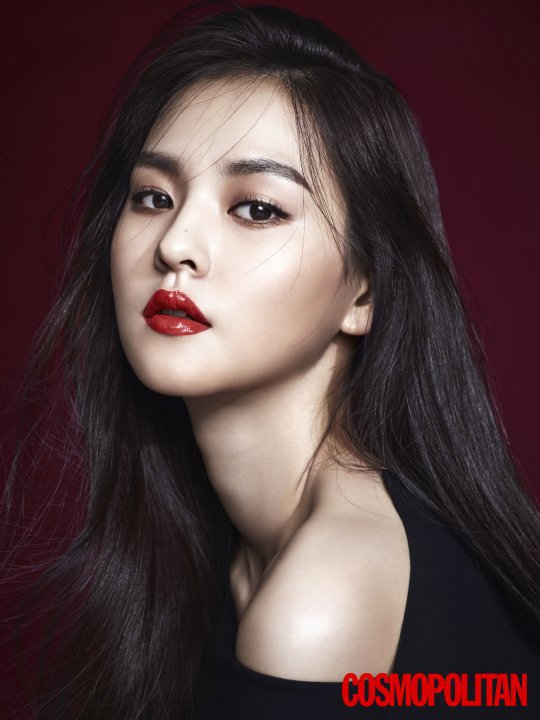 Actress Kim Yoon-hye appeared to be critically beautiful in a pictorial of her in the fashion magazine COSMOPOLITAN.

Kim Yoon-hye is far from being innocent and girly in these pictures as she has on red lipstick and an outfit that reveals the top of her shoulders. She styles a burgundy shirt and beret which aren't easy to pull off.

Kim Yoon-hye was interviewed for a following article and she had interesting ideas about beauty. She doesn't particularly work out but she doesn't snack on anything, walks a lot and always remembers to keep herself upright and tense.

She also said she doesn't like wearing make-up because she likes to be natural and that everyone has different tastes and she tends to love herself for the way she is.

Kim Yoon-hye can be seen in the February issue of COSMOPOLITAN. 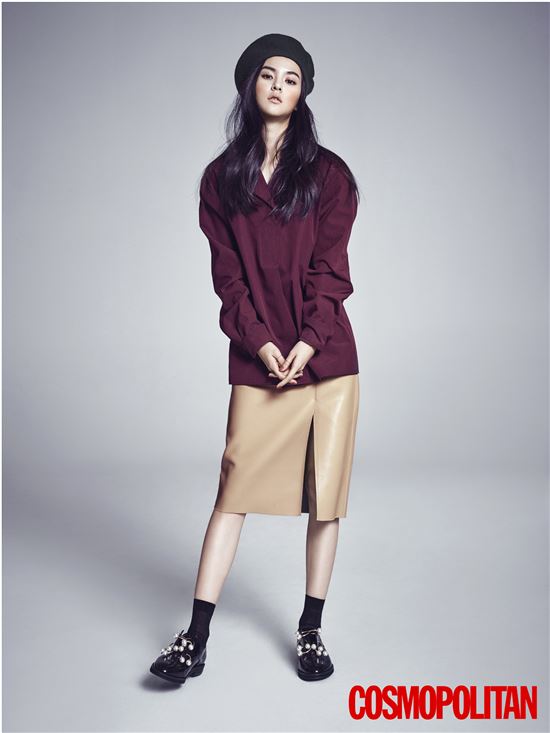 "[Photos] Kim Yoon-hye's vampire red lips"
by HanCinema is licensed under a Creative Commons Attribution-Share Alike 3.0 Unported License.
Based on a work from this source