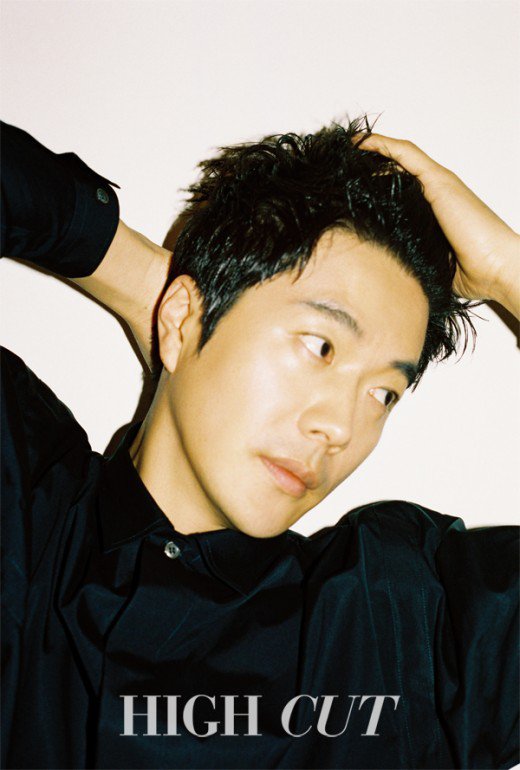 Kwon Sang-woo looks so young in front of the camera.

He recently featured in the style magazine called "High Cut".

Kwon Sang-woo is wearing jeans and a white T-shirt. He's forty but he still looks like a young man.

He's coming out with a new drama called "Queen of Mystery" on the 5th of April as Wan-seung, a hot-blood detective. Some say this role is similar to the role he played in the movie "Accidental Detective".

Kwon Sang-woo said, "The drama is different. Choi Kang-hee is who I was in "Accidental Detective" and I'm Sung Dong-il. Working with Choi Kang-hee was pleasant and she's got something about her that suits her character so well. This drama will make her stand out".

About Son Tae-young he said, "I support her and her work. As an actress and as a wife it brings up her self esteem to be working. I watched her drama once and I have to watch the rest later. She's the prettiest".

"I wish my mother lived a long and healthy life. I will be fifty soon and my kids are growing up. Time won't wait for me so I have to do my best in everything when I can".

"[Photos] Kwon Sang-woo's young looks despite his age "
by HanCinema is licensed under a Creative Commons Attribution-Share Alike 3.0 Unported License.
Based on a work from this source