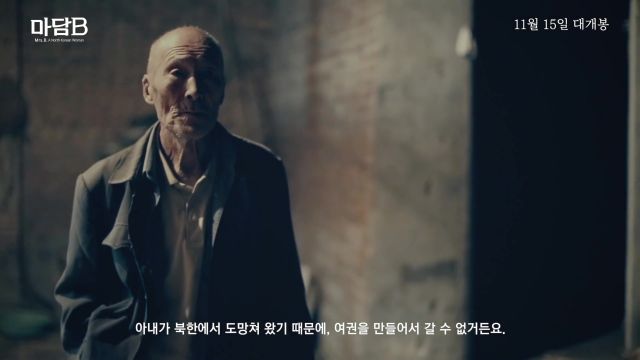 "Mrs. B. A North upcoming Korean Woman" is a co-production between South Korea and France
Synopsis
10 years ago, Mrs. B left North Korea and went to China to make money. She was planning to work just one year and then go home but her broker sold her by force to someone in the countryside. A calm observation on a tragic life that cannot be protected.