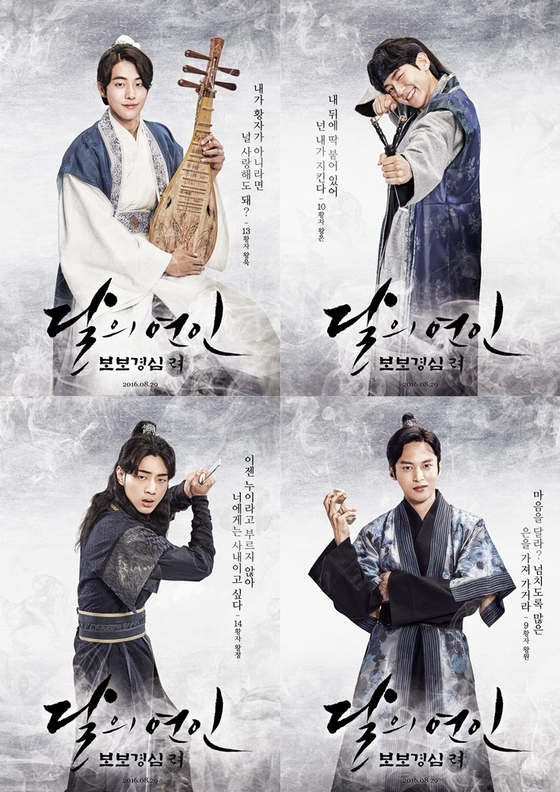 Stills of the characters' motion posters were released on the 10th.

13th Prince Wang Wook (Baek Ah / Nam Joo-hyuk) looks relaxed with a mandolin in his hand. Because of his mother who is a member of the Shilla Imperial Family, he is set apart from the position of emperor. However, he's got a knack in art and he has the same name as the 8th prince Wang Wook so his brothers call him Baek-ah.

10th prince Wang Eun (Baekhyun) looks playful. He loves to play and doesn't have interest in studying or martial arts. He falls for Hae-soo (IU) and has a crush on her for the first time in his life.

14th Prince Wang Jeong (Ji Soo) is the youngest out of three and his brothers are Wang Yo (Hong Jong-hyun) the 3rd prince and the 4th prince Wang So (Lee Joon-gi). He has always been the loved one and loves martial arts.

The 9th prince Wang Won (Yoon Sun-woo) is the only grandson of founding contributor Yoo Geum-pil. He is interested in looking food and is a dangerous character who is also close to Wang Yo the 3rd prince.

Meanwhile, "Scarlet Heart: Ryeo" is the story of a modern day girl named Ko Ha-jin (IU) who enters the body of a Koryeo woman named Hae-soo on the day of a solar eclipse and falls in the middle of a group of emperors who fight for the throne. 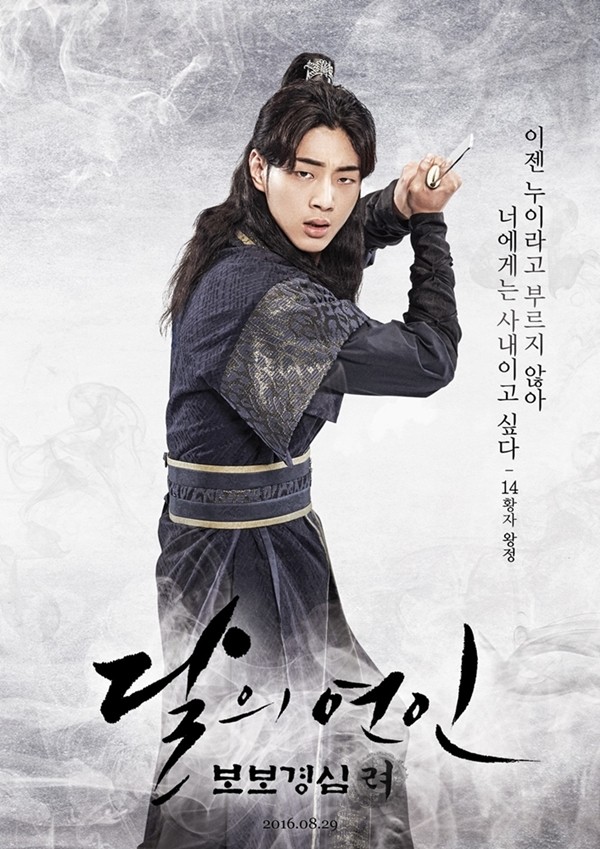 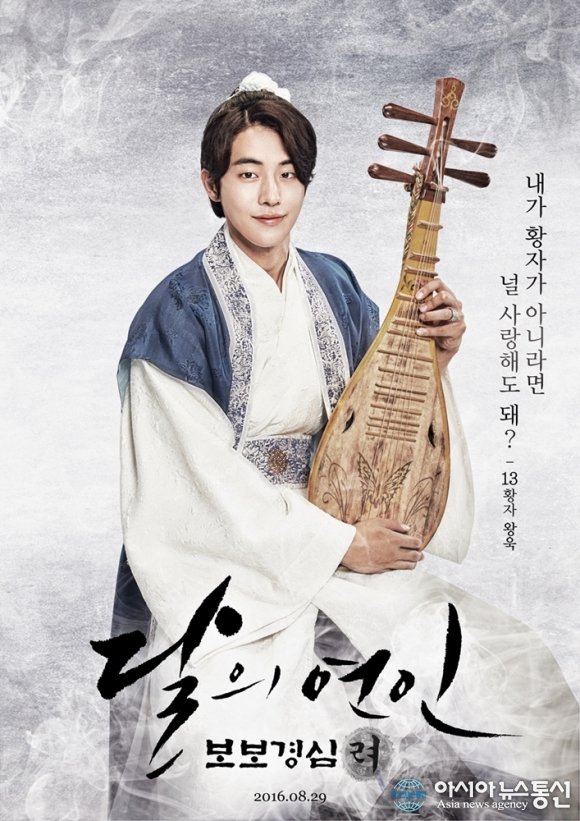 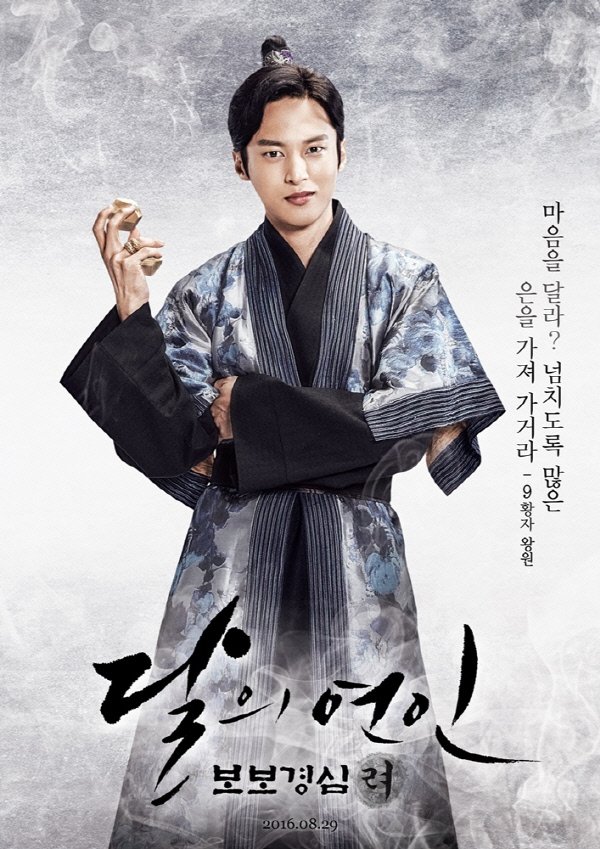 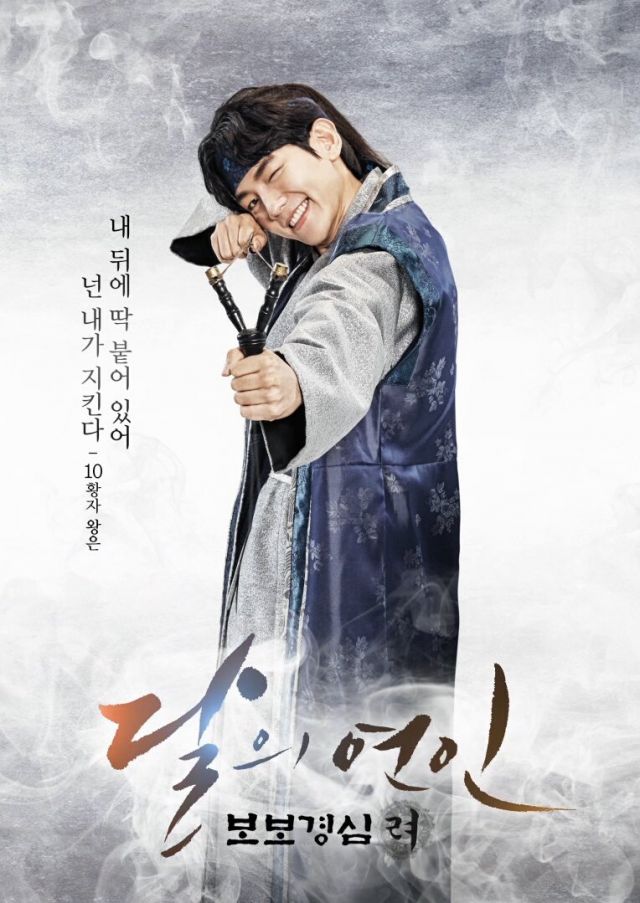 "[Photos] Nam Joo-hyuk, Baekhyun, Ji Soo and Yoon Sun-woo's characters in "Scarlet Heart: Ryeo""
by HanCinema is licensed under a Creative Commons Attribution-Share Alike 3.0 Unported License.
Based on a work from this source