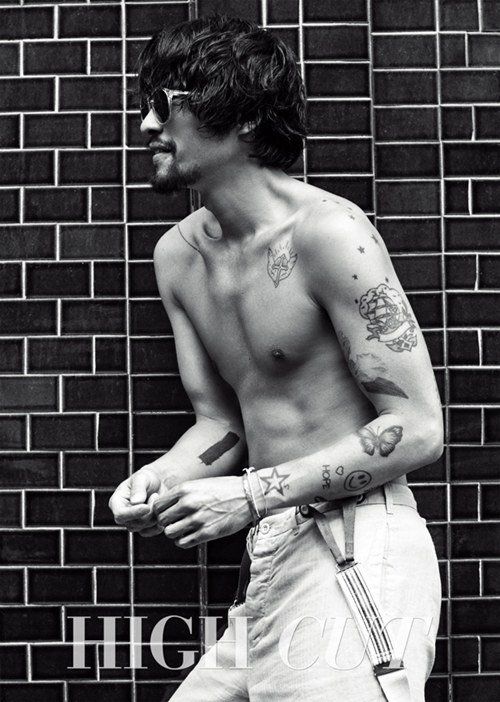 He was featured in the June issue of the fashion style magazine High Cut. The concept was natural as he wanders around the streets under the sun and hums along to the song coming out of the speakers in a café. 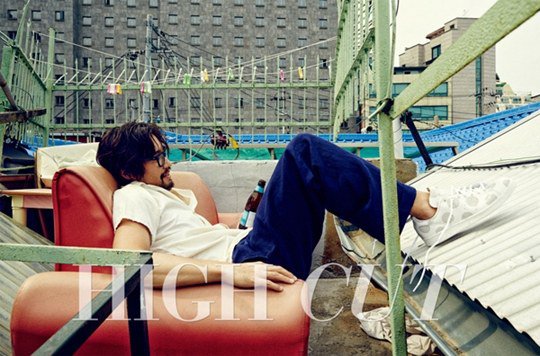 The clothes in the pictures actually belong to Ryoo Seung-bum and those who are a fan of his style are in for a treat. He is wearing Adidas's steady seller, Stan Smith Sneakers.

Ryoo Seung-bum talked about "Intimate Enemies" and his three years in France in the following interview. 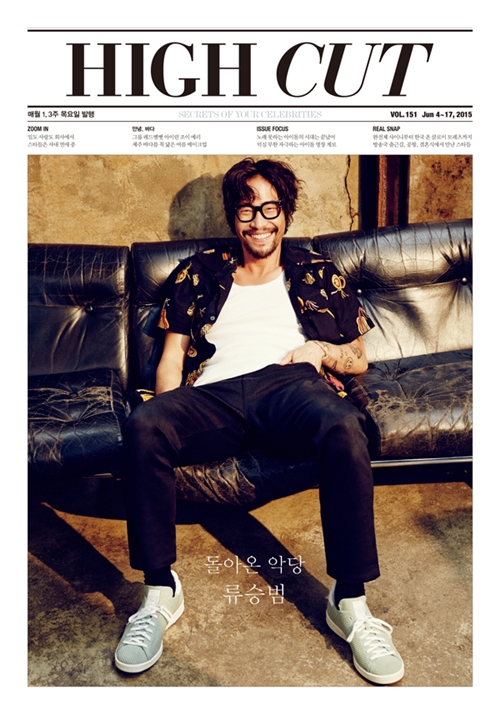 "I wanted to try a movie without make-up so I didn't wear any in this movie. I feel like I took off a mask. I want to live the way I am. I only pretended to be free but I feel much freer now".

"In France, I took pictures, went to see a lot of shows and even read a lot of books. I am learning the guitar now. I read somewhere, that a ship was built to sail and not anchor. I'm similar to that ship. Wherever it may be, Korea or France, I've decided not to stay put".

Ryoo Seung-bum's pictures can be seen in the 151st issue of High Cut. 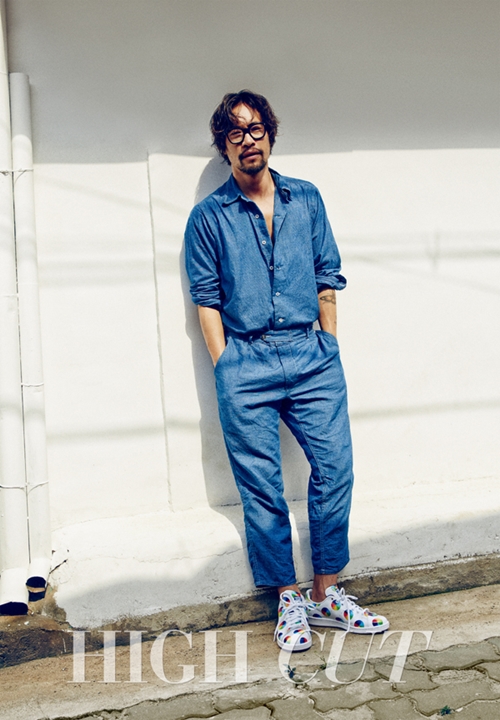 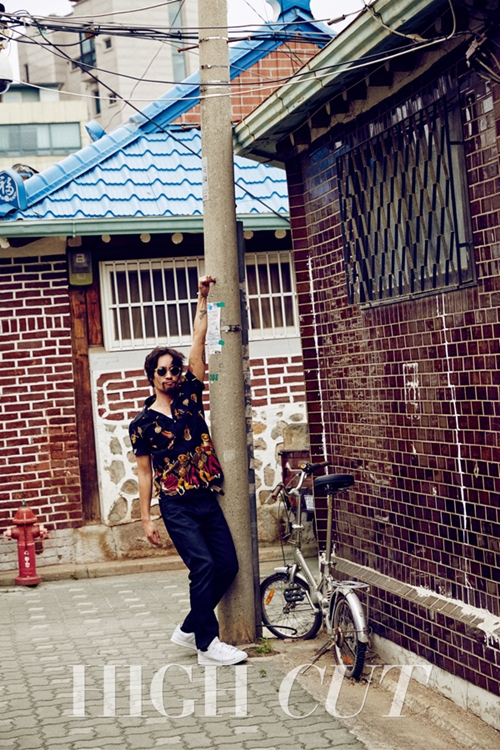 "[Photos] Ryoo Seung-bum's topless pictures and unique tattoos"
by HanCinema is licensed under a Creative Commons Attribution-Share Alike 3.0 Unported License.
Based on a work from this source