[Photos] Song Joong-ki's fan meeting, 'Shines on his own' 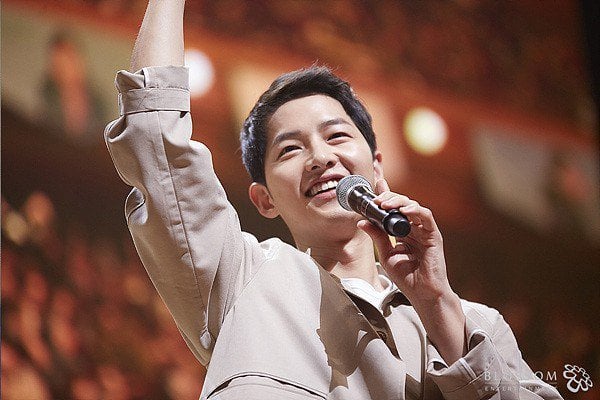 Song Joong-ki took off the uniform and had a fan meeting.

The fan meeting was held on the 17th of April with 4,000 or so fans. Thanks to much support, the event took 30 minutes longer than planned.

Those who were at the fan meeting sent News N pictures they took of Song Joong-ki. He looks handsome and the excitement can be seen through the pictures. Song Joong-ki is wearing a beige coat with a white T-shirt and jeans. His hair is just like Yoo Si-jin from "Descendants of the Sun".

Later, he changed into a pink shirt and became the 'boyfriend' type. The casual look on him was new as he had always been wearing uniform in the drama.

Meanwhile, 4,000 domestic and foreign fans gathered for the fan meeting. Song's friend Lee Kwang-soo and singer Gummy who sang the OST for the drama appeared as guests. Song Joong-ki's fan meeting will continue on to Thailand, China, Taiwan and other parts of Asia. 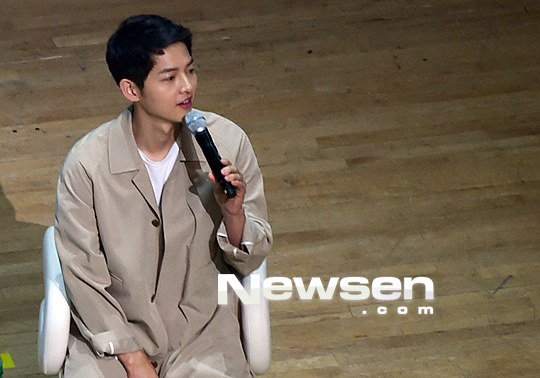 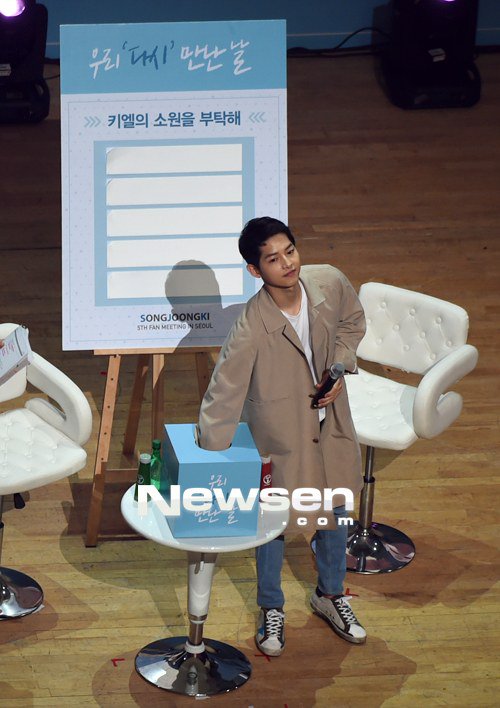 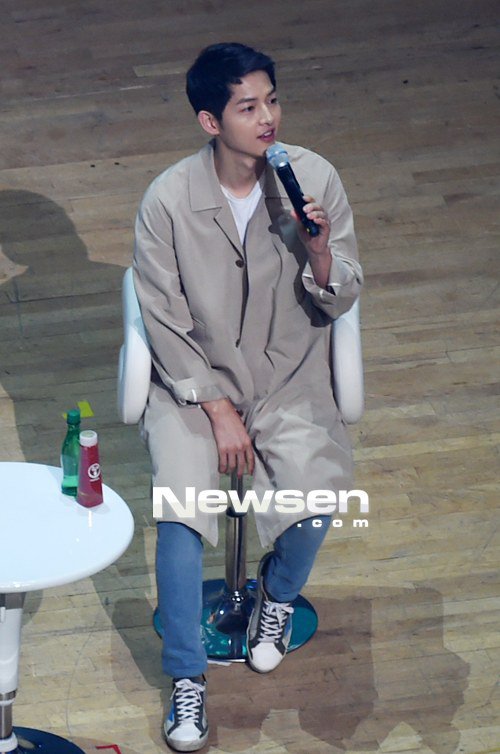 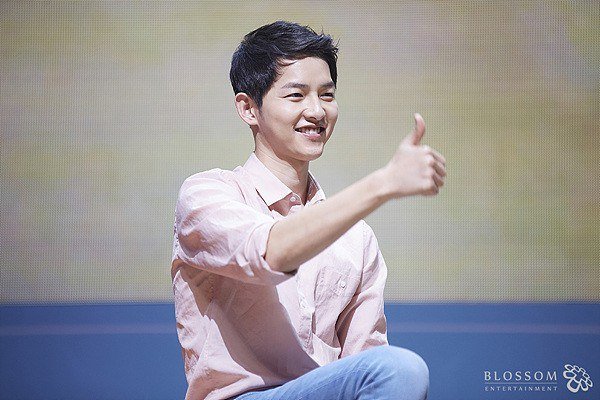 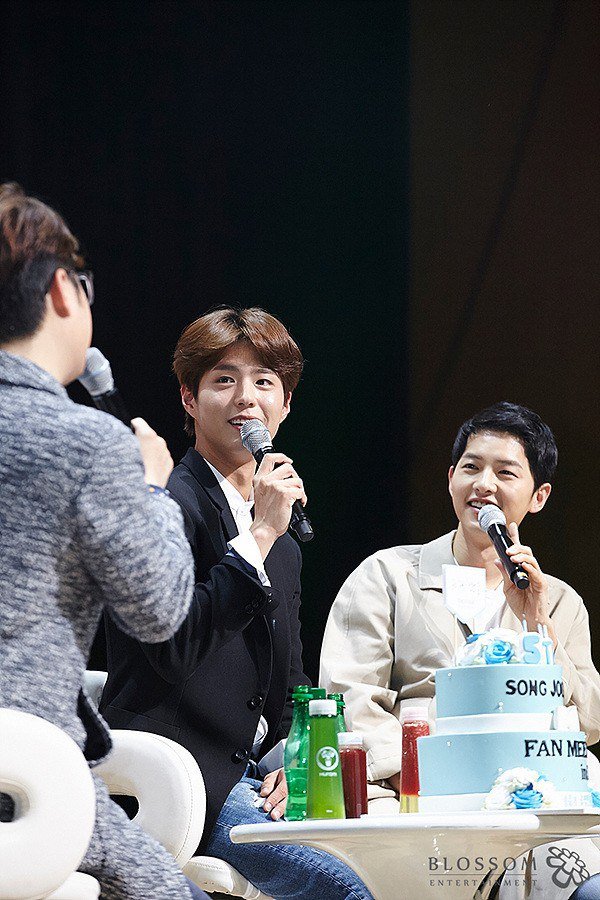 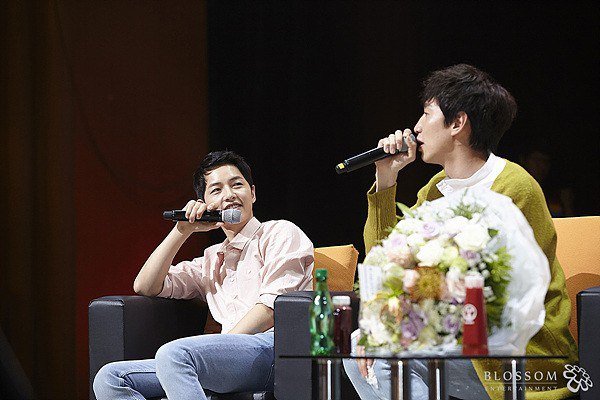 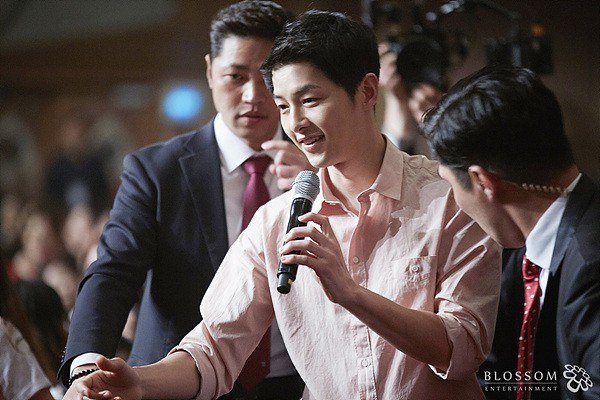 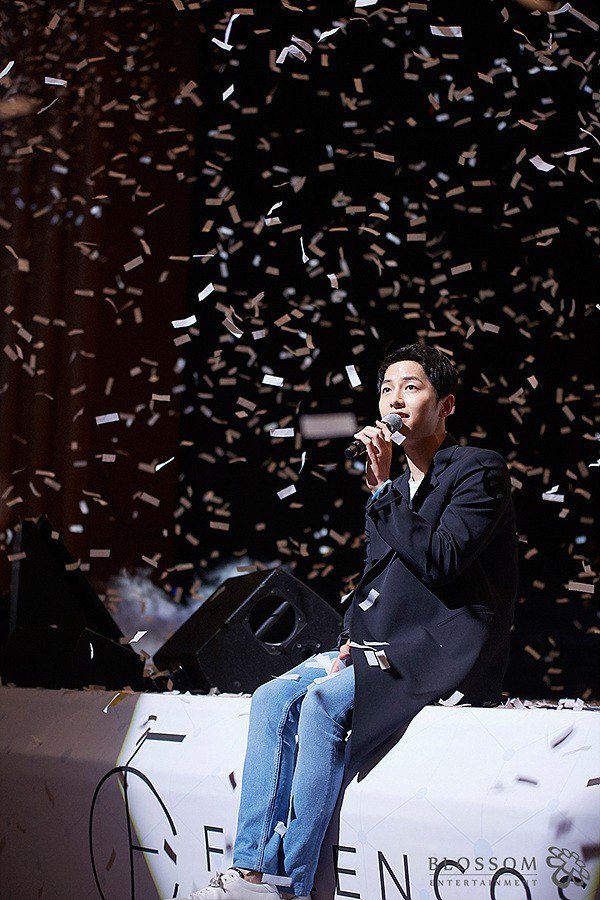 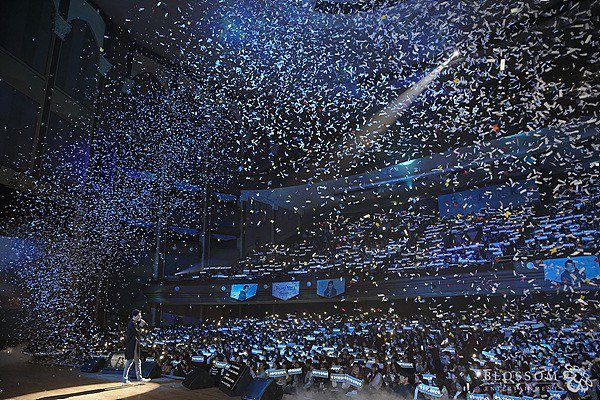 "[Photos] Song Joong-ki's fan meeting, 'Shines on his own'"
by HanCinema is licensed under a Creative Commons Attribution-Share Alike 3.0 Unported License.
Based on a work from this source