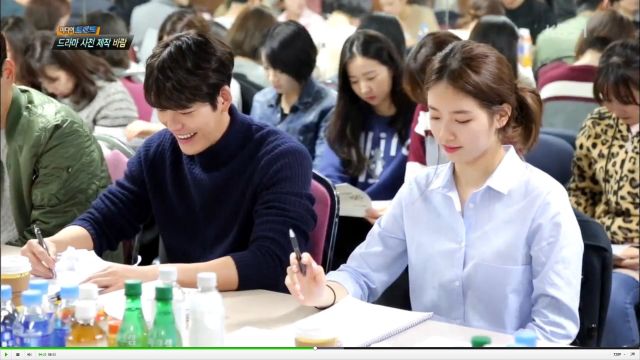 The reading session was broadcast through the KBS 1TV "Media Inside – Media Trend".

The footage is about 20 seconds long which includes part of the reading session that hasn't been revealed before.

This short footage received lots of support from fans. They claim the actor and actress looked good together. Some even asked when they were going to see the drama. 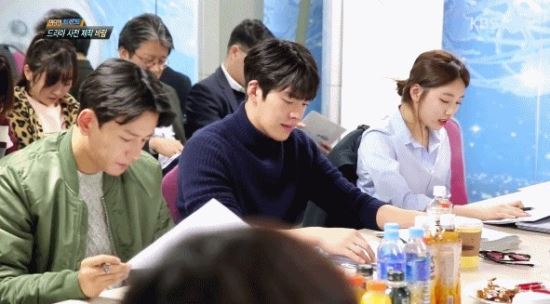 "Uncontrollably Fond" is an affectionate love story about the reunion of a top star and documentary director. The cast includes Kim Woo-bin, Bae Suzy, Lim Ju-hwan, Lim Ju-eun and more. The drama is directed by Park Hyeon-seok and written by Lee Kyeong-hee.

"Uncontrollably Fond" started making in November last year and the drama is 100% pre-produced. The first episode can be seen in July this year.

"[Photos] "This freshness", Kim Woo-bin and Bae Suzy's "Uncontrollably Fond""
by HanCinema is licensed under a Creative Commons Attribution-Share Alike 3.0 Unported License.
Based on a work from this source