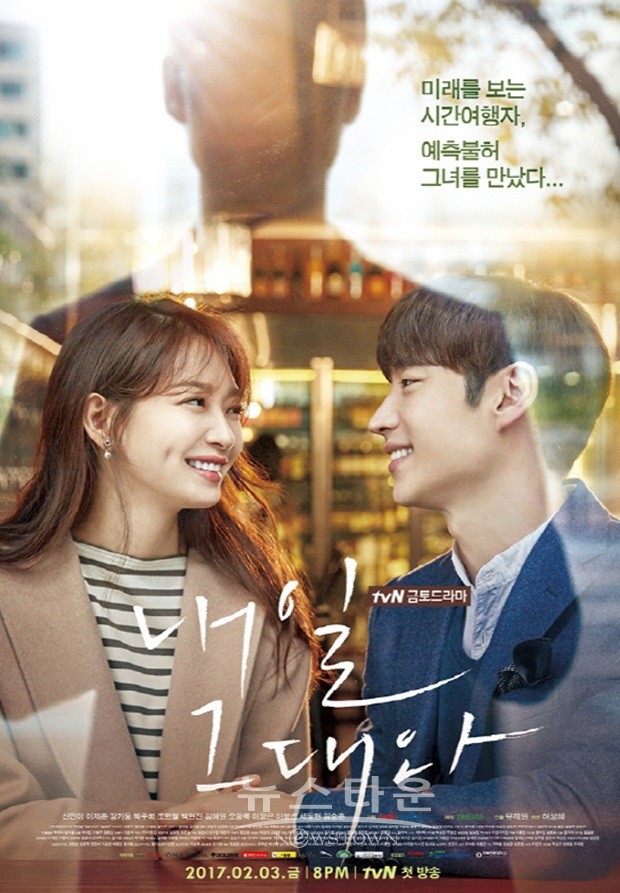 The poster of the tvN drama "Tomorrow With You" was released.

Shin Min-a and Lee Je-hoon are featured on the poster of "Tomorrow With You".

There is writing on the poster that says, "The time traveler who sees the future meets the unexpected woman". The two are looking at each other with loving eyes. They look so happy under the shining sun but a shadow outside the window.

The couple is destined to get married in just 3 months of meeting each other. On Shin Min-a's poster, it says, "I am destined to marry a time traveler" and on Lee Je-hoon's poster says, "The future told me I'm getting married to this woman".

Meanwhile, "Tomorrow With You" is about a perfect man named Yoo So-joon (Lee Je-hoon) who travels in time and meets the love of his life Song Ma-rin (Shin Min-a). The first episode starts on the 3rd of February at 8PM. 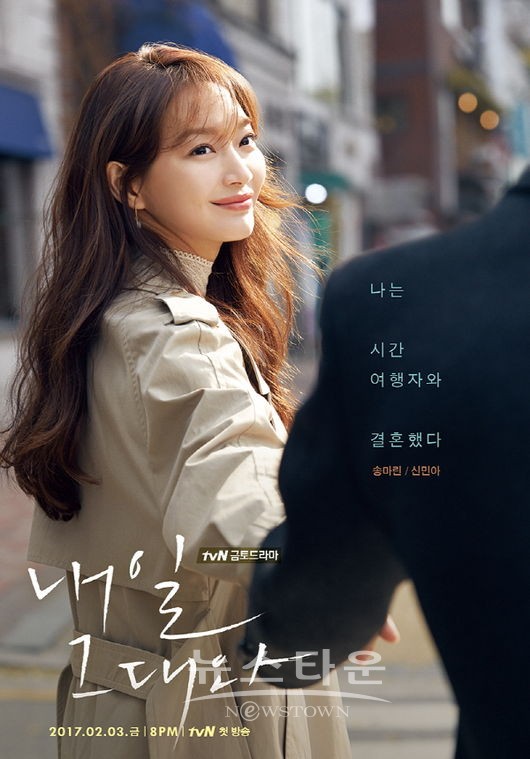 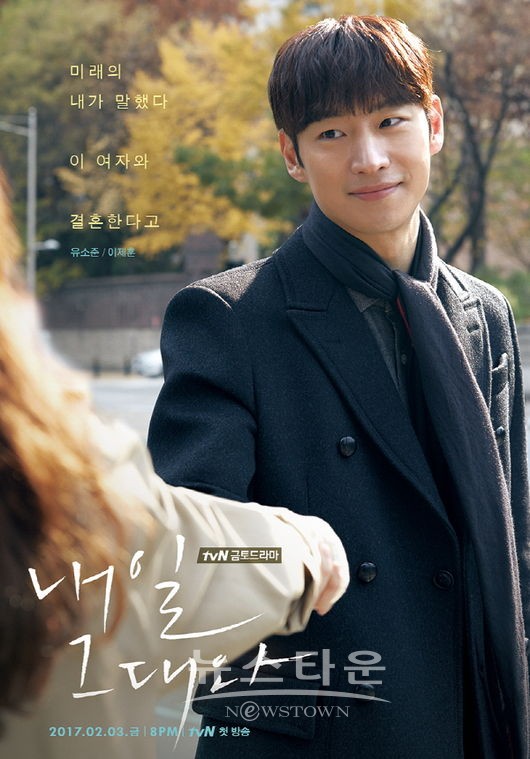 "[Photos] "Tomorrow With You" Shin Min-a and Lee Je-hoon, official poster released"
by HanCinema is licensed under a Creative Commons Attribution-Share Alike 3.0 Unported License.
Based on a work from this source